BOSTON — Visions of sugarplums haven’t even begun dancing in children’s heads and already many Celtics fans are clapping — or wringing — their hands over their team’s surprising start.

A month and a half into the season, the Celtics don’t just hold first place in the Atlantic Division. That is not really relevant, anyway, given the sorry state of the competition and the reality that their 12-14 record would put them no better than third in any other division. It is entirely too early to start agonizing over the loss of a lottery pick or to make plans for playoff basketball in May. All of that will sort itself out in due time.

For now, one thing is unmistakable: The Celtics are improving. In the closest thing they have had to a measuring-stick game thus far, the Celtics edged the Timberwolves 101-97 on Monday to demonstrate just how much and in which areas they have gotten gradually better. Exactly a month ago, these Wolves ran the Celtics off the court and handed Boston an 18-point road loss. This time, the Celtics led for most of the game, withstood several Minnesota flurries and defended Kevin Love about as well as any team has.

“It was big,” Kelly Olynyk said. “They’re a good team, beat us pretty handily at their place. For us to come in and get a win against them is huge.”

Every game is unique, so circumstances and variables that change from game to game and moment to moment need to be taken into account. But there were enough similarities to draw a comparison between the teams’ meeting on Nov. 16 and their meeting on Monday.

In both cases, the Wolves were playing the second leg of a back-to-back and came in playing fairly well. They had won three out of five prior to the first meeting and three out of four prior to Monday. They were also coming off road games against tough opponents, something Celtics coach Brad Stevens brought up Monday to downplay the significance of his team’s victory. Still, if fatigue clearly wasn’t a problem for the Wolves last time, something other than that had to be at work for the Celtics this time.

The Celtics’ win didn’t fit into any scrappy underdog shorthand, either. They lost a close battle on the glass 51-50 and merely held firm on points in the paint 40-38. They shot fewer free throws, committed more turnovers and handed out fewer assists. Brandon Bass, the team’s best all-around frontcourt defender, spent most of the game unable to check one of the game’s elite frontcourt scorers due to foul trouble. Kris Humphries and Vitor Faverani were thrust into duty against Love and Nikola Pekovic, who have made things difficult for much more star-studded front lines.

And yet the Celtics still found a way.

“We have gotten better,” Stevens said. “We’ve gotten more organized in what we’re trying to accomplish, and our guys are doing a great job of trying to carry it out. The best thing is, I did not think we were great all night. I thought they beat us to some balls. I thought we got to those balls once Humphries helped us set the tone in the late third and into his stint in the fourth. Vitor did a good job of helping us get to balls, so we can still get a lot better, but I’m pleased with how we respond to things when things are not going well.”

As Stevens has openly admitted, the Celtics are not a true first-place ballclub, other than what the standings happen to say at the moment. They have a long way to go before they can think about the playoffs, let alone making any noise there, or about their draft position.

It’s not too soon to take a look at them now, though, compared to the same time a month ago, and acknowledge that, yeah, they really do appear to be getting better. Take that for what it’s worth.

The mood in the locker room has been relatively consistent all season. Whether after wins or losses, the players tend to joke with each other or compliment each other the same. Unless Gerald Wallace is angry about something, it would be hard for an observer to guess the outcome of the game based upon the banter in the locker room.

There has been one major difference lately, though, for a team that has won eight of its last 12 games.

“I think it’s confidence,” Jordan Crawford said. “At shootaround earlier [Monday] morning, me and BB were talking, and we just feel like we know it’s going to be a tough game for the other team when they come in here — or when they play us, period. So, you know, I just think that’s confidence.”

Crawford and Bass had the most forgettable individual performances against the Wolves, which might back up Crawford’s point even more. Despite down games by two of the team leaders, the Celtics were able to lean on a few underused pieces like Humphries and Faverani, and didn’t seem to doubt those players would do their jobs. The confidence can only be higher now.

As Rajon Rondo nears his apparent return, few people can understand the challenges he faces like Ricky Rubio. A little more than a year ago, Rubio was the star point guard coming back from a torn anterior cruciate ligament, with all the trepidation that comes with it.

Rubio, who also missed 25 games last season with an assortment of injuries, has not missed a game this season as he tries to make durability one of his qualities, along with a fancy handle and eagle-eyed court vision. But it’s taken him some time to get comfortable, and he warns it may take Rondo some time, too.

“It’s hard,” Rubio said. “It depends on how he feels and how much he trusts his knee. It is something I have been through, and I can tell based on what I have been through that it wasn’t easy. Even when I was playing, it took a long time for me to be myself again.”

Rubio was shaky against the Celtics on Monday, missing 10 of his 12 shots and dealing out only three assists. He is shooting 37 percent from the field this season — an improvement from his career mark of 36 percent, actually — while averaging 9.6 points and 8.2 assists per game. Yet he is averaging 32.8 minutes per game and doesn’t appear to have lost a step in his foot speed, which is something the Celtics hope to see from Rondo. 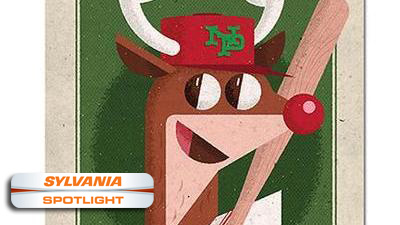