Final, Celtics win 106-98: In their hour of need, the Celtics got a big boost from an unlikely place. Kris Humphries was their salvation on Friday.

With a 27-point lead whittled down to three points, Humphries erupted for 12 points in the second half as the Celtics (9-12) survived against the Nuggets (11-8). Humphries finished with 18 points, his high as a Celtic. He wasn’t the high scorer in the game but he did help the Celtics achieve the high of a win.

Jordan Crawford scored 22 points to lead the Celtics and also added eight assists. Denver’s Ty Lawson had a game-high 20 points but on just 6-for-14 shooting.

Fourth quarter, 2:36, Celtics 101-91: Humphries left the game to applause from a crowd that wanted his head after his altercation with Rajon Rondo last season. Life is weird.

Humphries appears to be done for the night after putting up 18 points and seven rebounds. The starters should take it from here, even though Andre Miller closed the gap to eight points with a running layup. Bass tipped in a miss at the other end, and Sullinger and Bradley are headed in to potentially shut the door on the Nuggets.

Fourth quarter, 5:31, Celtics 95-84: The Nuggets always have another run in them, so the Celtics have two options. Either they can get their stuff together and close this out like a real professional basketball team, or they can just muck things up until the clock runs out.

So far, it looks like they’re going with the latter, although Wallace did hit Humphries with a nice pass for a layup. “The Hump” now has 18 points — keep in mind, he’d have 20 if Robinson’s foul hadn’t negated his dunk — and seven rebounds.

Fourth quarter, 8:00, Celtics 91-81: Boston’s lead has held steady at 10 points, basically because nobody is really scoring at all.

Four minutes into the final quarter, each team has managed just four points each — two of the Celtics’, naturally, have come courtesy of Humphries. He even had a chance at two more before Robinson committed kind of a bush league foul by knocking Pressey just as Humphries was about to throw down a breakaway dunk.

End of third quarter, Celtics 87-77: It’s not hyperbole to say the Celtics wouldn’t be leading this game without Kris Humphries. The $12 million man is having his best game as a Celtic with 14 points and five rebounds, and eight of his points came after the Nuggets put a scare into the Celtics.

He’ll play more in the fourth quarter. We just have a feeling.

The Nuggets kept storming back and the Celtics didn’t put up much resistance, letting Denver close within three points multiple times. When Mozgov dunked to make the score 76-73, though, the Celtics apparently had enough.

Humphries responded with a jumper and a layup on a feed from Bass, who wasn’t credited with an assist, and Bradley canned a corner three to force a timeout from Denver’s bench. Humphries now has a season-high 12 points.

Now, if the Celtics can just keep this up …

Hickson has already gotten three wide-open layups — he hit two and was fouled on the other — while the Celtics haven’t really generated a quality look for themselves.

Halftime, Celtics 64-44: The Celtics sure are dunking a lot tonight. Usually, that’s a good thing.

Kris Humphries delivered what is probably the highlight of his Boston tenure thus far with a double-pump, and-one fastbreak dunk off a bounce pass by Jordan Crawford. True to form in Humphries’ awkward season, he appeared to hurt himself on the play but stayed in the game.

Bradley followed a few moments later with a backdoor cut for a two-handed jam.

While Bass and Bradley have been doing work and Humphries has been getting his highlights in, the Celtics have kept on chugging away. The Nuggets actually put together a run in the middle of the second quarter to pull within 14 points a few times, most lately on a jumper by Faried. But the Nuggets haven’t been able to figure out the Celtics to get closer, even if they have been able to prevent the Celtics from pulling away any farther.

Lawson has scored 13 points to lead the Nuggets. Every Nuggets player except Foye has found the scoring column, and Foye, who last year set Utah’s single-season 3-point record, is not going to stay 0-for-3 from the floor for long. The Celtics need to keep up the pressure defense and hope the Nuggets continue to miss shots, which have combined to make Denver 15-for-42 from the field.

Meanwhile, the Celtics are shooting 57 percent and have committed only four turnovers.

Second quarter, 2:08, Celtics 54-38: Brandon Bass doesn’t get the opportunity to play against bigs who are smaller than him. He’s relishing it right now.

Bass has taken J.J. Hickson and Wilson Chandler aggressively into the post to get to the foul stripe. He’s also taken Faried a step away from the block for a face-up jumper. Bass has scored 12 points and pulled a point short of Bradley’s team high.

Second quarter, 5:36, Celtics 48-27: And now Faverani is the only member of Boston’s second unit giving the Celtics anything offensively. Well, OK then.

Faverani hits a hook shot and a short jumper to give himself seven points in the game, but the Celtics’ bench is being held from extending its lead by this Denver group. Miller in particular is giving Lee and Pressey problems with his off-speed, herky-jerky game. The 14th (!) year veteran has four points in 10 minutes of action.

Second quarter, 8:58, Celtics 42-18: Vitor Faverani has come back down to earth quickly after his enticing start. Despite draining a straightaway 3-pointer, Faverani has looked bad on both ends and the Celtics’ offense has ground to a halt. Credit Denver with forcing the ball into the hands of Faverani or Kris Humphries and keeping Courtney Lee or Gerald Wallace from getting touches in space.

The big man on the opposite side is evidence you can never give up on an inexperienced 7-footer, however. Timofey Mozgov didn’t look like much in his first two years in the league, but he improved gradually and now he’s a productive backup center — even if he doesn’t look the part tonight with just one point in six minutes.

End of first quarter, Celtics 39-15: Jeff Green ended the first quarter with a fallaway one-hander and a 27-foot 3-pointer, and that might be a bad thing for the Celtics.

The Celtics are rolling along with a 24-point lead while shooting 65 percent from the field. If not for Robinson, who came off the bench to net six of Denver’s 15 points, the Nuggets wouldn’t have much of anything to hang their hats on.

Bradley is playing like a man among boys with 13 points on 6-for-8 shooting. Green and Crawford aren’t far behind with nine points each, plus Crawford has four rebounds and three assists to put him on early triple-double watch.

The weirdest stat of the first quarter? Brandon Bass has three assists, tied for the game’s high.

First quarter, 5:45, Celtics 17-8: As Celtics fans know, any time a team needs instant offense, it can turn to Nate Robinson.

The former Celtic got a nice, polite applause from the TD Garden crowd when he entered the game, but he wasn’t getting any polite applause when he scored five of the Nuggets’ first eight points.

The Celtics led 14-0 before J.J. Hickson put them on the board with a free throw, then Robinson followed with a couple of floaters to get the ball rolling for Denver. The Nuggets are the fifth-highest scoring team in the NBA, so don’t expect them to stay down like this for long.

The Nuggets are just 2-for-10 from the field, while the Celtics have hit eight of their 12 shots.

First quarter, 9:44, Celtics 6-0: These are the fearsome Nuggets who came in here winning seven of their last eight?

Yes, the Nuggets really are formidable, their 0-for-6 shooting start aside. First-year coach Brian Shaw, who is not a panicker, called an extremely early timeout to regroup after the Celtics, who haven hit three of their first five shots, sprinted out to a quick lead.

6:06 p.m.: More than pure talent, the Nuggets thrive on presenting matchup nightmares to opponents. Their point guards, Ty Lawson and Andre Miller, are the perfect contrast in styles, while the majority of their rotation can switch from the wing to the post without much trouble.

It all starts in the backcourt with Lawson, though, which is why Celtics coach Brad Stevens started his gameplanning for Friday’s game with the Nuggets’ starting point guard. But Stevens isn’t picky about whether Avery Bradley or Jordan Crawford spends the majority of the time defending Lawson on the up-tempo Denver club.

“We’ve got to just do a good job of getting back first and then worry about matchups after that,” Stevens said.

Lawson isn’t the only tough matchup. The Nuggets start J.J. Hickson and Kenneth Faried at center and power forward, respectively, which makes them one of the few teams with two starters smaller than Boston’s duo of Jared Sullinger and Brandon Bass. Add 6-foot-8 Wilson Chandler and 6-foot-9 Jeff Green to the mix as small forwards, and both team’s frontcourts might be completely interchangeable.

“It’s hard, because Faried gives them a lot of flexibility in that regard,” Stevens said. “This will probably be the only game you all see in the NBA maybe ever where you’ve got, I’m not sure exactly what Hickson’s listed as, but you’ve got four guys 6-9, 6-8 or under starting at the four and the five. There’s a lot of flexibility defensively with both lineups.”

Crawford is also ready to play despite a sore wrist. Kelly Olynyk is out until at least Monday, when he will be upgraded to day-to-day.

The projected starters are listed below.

8 a.m. ET: If only the Nuggets didn’t have the bad luck to be placed in the Western Conference.

In the East, the Nuggets would have the third-best record in the conference and be just three games behind the Heat for second place. In the West, they currently hold the sixth spot and are just two losses away from being outside the early playoff picture entirely.

The Nuggets (11-7) have bounced back nicely from a 1-4 start that made it appear like they’d be out of the playoff conversation at all. They enter Friday’s game against the Celtics (8-12) winners of seven of their last eight, fresh off a loss to the suddenly formidable Cavaliers. The Celtics haven’t been too shabby of late, either, racking up four wins in their last six games to move into first place in the struggling Atlantic Division. 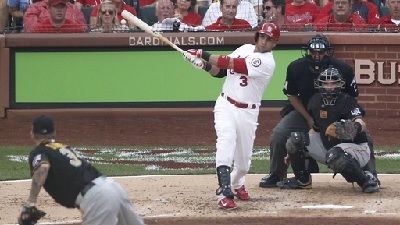