9:20 p.m.: Charlie’s next guest is Mikey Adams of WEEI in Boston, who’s also one of the funniest guys in sports radio. The choice of destination is beautiful Lake Winnepsaukee in central New Hampshire.

Even though Mikey claims he hasn’t fished since 1968, he knows how to work a fishing pole and managed to catch a few fish.

Mikey actually played a big part in Charlie’s career really taking off in the 1990s, and because of the friendship between them, they’re able to have a great time regardless of how many fish are caught.

8:45 p.m.: The next guest to feature in the Charlie Moore Christmas Day marathon is Bruins legend Ray Bourque — one of the NHL’s best defenseman of all-time.

Even though Bourque classifies himself as a “city guy,” he’s definitely enjoying himself on the lake. Even though they’re not catching a lot of fish, the hockey talk is making for a great day.

Unfortunately, bad weather (including some lightning) forced the fishing to end sooner than anticipated, but the guys went back into the house and enjoyed some great food and wine.

The episode then shifts to a charity hockey tournament where Charlie plays with Bruins legends Don Sweeney, Bourque and others while wearing Terry O’Reilly’s No. 24.

The next scene shows Bourque and Charlie sitting by the lake talking about Ray’s 2001 Stanley Cup win, and how he felt when the Bruins finally won in 2011.

8:15 p.m.: Charlie is once again going up to New Hampshire, this time for a fishing adventure with NASCAR driver Ryan Newman.

The episode started with Charlie traveling to New Hampshire Motor Speedway to meet Newman and see the track. After a nice lunch, the guys headed to Crystal Lake to do some fishing, a place where Charlie had never been before. Newman is an experienced fisherman, and does a nice job catching lots of different fish.

After a good day of fishing, the episode shifts to Charlotte, where Charlie meets Ryan at Stewart-Haas racing. Newman shows Charlie the garage and some of his cars.

7:57 p.m.: Charlie’s next trip takes him to sunny Newport, Rhode Island, where he’ll do some salt-water fishing with his buddy Joel St. Germain.

After catching some great fish, the guys headed to the bridge to try and get some fluke in 75 to 100-foot waters. Charlie and Joel found the right spot and started catching a ton of fish in this area. Next, the guys started using crabs as bait to catch some fish, and the results were fairly positive.

After that, Charlie and Joel closed out a great day of fishing by going to a local restaurant and eating some succulent New England lobster.

Orr is not only a great hockey player, he’s also a talented and experienced fisherman who has a real passion for the sport. It didn’t take long for Orr to catch his first rock bass. He’s a natural with a fishing pole. Orr even won $100 from a friendly wager with Charlie.

Unfortunately, a tornado watch in southern New Hampshire forced the guys to go back to the dock. They fired up some food on the grill and had a great meal in the house. It was a great ending to a fun day of fishing.

6:15 p.m.: Boston comedian David Russo is the guest on the next episode in the Christmas Day marathon.

Dave has only fished a few times in his life, and even though it’s not an easy art to master, he is a quick learner.

After a few unsuccessful tries, Dave catches his first fish, and it was a good-sized one. After both guys had caught some fish, their confidence was high and they started catching a lot of fish. After a fun time on the water, Charlie and Dave went back to the house and had a cookout with some great food on the grill.

But that wasn’t the end of the fishing. Six months later, Charlie and Dave were back on the water for some more fun.

5:45 p.m.: Charlie’s next adventure takes him to the Quabbin Reservoir for a fishing trip with Jim Marco. It’s a body of water he’s never fished on before.

Among the fish Charlie and Jim caught were small mouth and large mouth bass and pickerels.

Charlie also took some time to make a few stops at local Connecticut food places, including Collins Creamery in Enfield, Conn., for a homemade frappe.

Chuck is a fantastic (and also a very smart) fisherman, and it didn’t take him long to get his first catch. The two guys spent the afternoon at several different spots on Lake Winnepsaukee in New Hampshire, and each of them caught a lot of different fish.

At the end of the day, a good time was had by all. “Charlie has a great ability to mix fishing with fun,” said Chuck.

4:45 p.m.: In the latest episode of this Christmas Day marathon, Charlie takes the show to South Beach in Miami, and he is accompanied by his wife Angela.

After a nice dinner, Charlie is on the ocean the next day for some fishing. In the Everglades, there are a lot of alligators in the water and the land on either side, which is both exciting and a little scary. “Once you got used to the gators being there, there were no problems at all,” said Angela.

Despite the presence of the gators, Charlie and the crew were still able to catch some quality fish in an environment that’s very different to what’s found in New England.

“The fishing was fantastic,” said Angela, who also explained that she caught more fish in this trip than in the rest of her life combined. Angela also caught the largest fish of the day.

3:50 p.m.: In another great episode, Boston Bruins legend Gerry Cheevers joins Charlie for a day of fishing. Cheevers, of course, was the starting goaltender on Boston’s 1970 and 1972 Stanley Cup-winning teams.

Gerry isn’t an experienced fisherman, so Charlie is doing his best to show him all the tricks of the trade and how to catch the best fish. “I’m a better golfer than a fisher,” said Cheevers. “There’s skill to [fishing], there really is.”

Among the fish Charlie caught on the lake were a pickerel, a walleye and a bass. He also won a friendly wager with a friend on the trip after catching a beautiful fish.

The episode also shared a fun fact about Cheevers, and how he’s the all-time NHL record holder for penalty minutes by a goaltender in one season with 62.

3:15 p.m.: In one of the best episodes of the year, Charlie takes his show to the beautiful paradise of Hawaii.

After landing in Hawaii, Charlie went out to dinner at a Sushi restaurant with some of the people he will be working with during the trip. Needless to say, the local cuisine was delicious.

Charlie isn’t sure which waters he will go to fish, or which type he will catch, but when you’re in Hawaii, it’s best to just take in the beautiful weather, sit back, and enjoy whatever fish are caught. “We’re just having a blast, it’s a fun time,” Charlie told the NESN cameras.

After taking the boat out on the beautiful Pacific Ocean, the fishing started and a good time was had by all. Among the types of fish Charlie caught were stick fish, a flounder and a trigger fish (which are often found in bright colors). Charlie also saw some sand sharks in the water, which he said was a little “freaky.”

2:25 p.m.: The setting of the first episode is the annual Christmas Bash, where Charlie is entertaining guests, grilling some awesome food and sharing memories of his favorite shows from 2013 with several of the guests that appeared in these episodes.

We also see some highlights from the year’s best episodes, including one where Bruins legend Bobby Orr joins the program.

By the looks of it, Orr is almost as talented with a fishing pole as he is with a hockey stick. We shouldn’t really be surprised that Orr is a good fisherman, right?

In another look back at a great episode, we learn that Orr’s former Bruins teammate Gerry Cheevers isn’t as good at catching fish, but a fun time was had nonetheless.

Charlie Moore Outdoors’ 2013 Christmas Bash will be on NESN from 2 p.m. to 10 p.m. on Wednesday, where everyone’s favorite fisherman is joined by great guests in exciting locations such as South Beach and Hawaii.

The list of guests that appear in the Christmas Day marathon episodes include Boston Bruins legends Bobby Orr, Gerry Cheevers and Raymond Bourque. 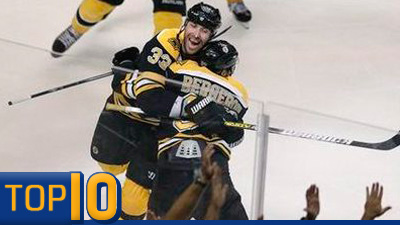 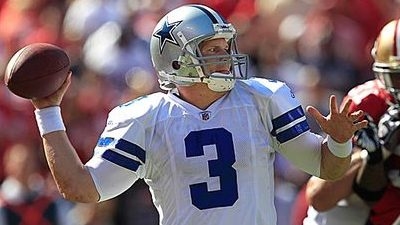 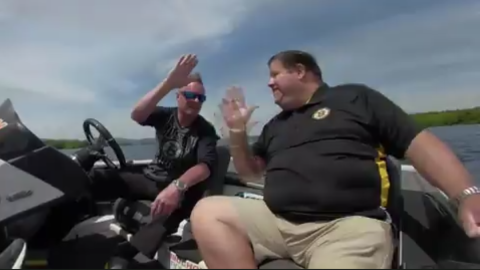 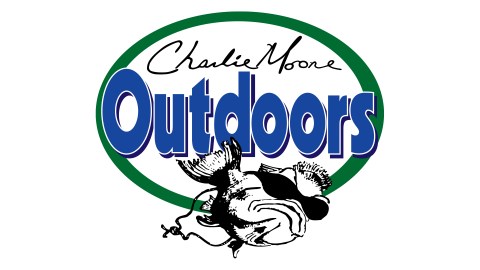