Alex Rodriguez?s baseball future might be in question, but his golf game is going to get some work this weekend.

Rodriguez has been invited to Punta Cana, Dominican Republic, to appear at David Ortiz?s Celebrity Golf Classic. Ortiz has held the event for six years, and Rodriguez is attending for the second time.

Ortiz has expressed support for Rodriguez before, and he backed his controversial colleague again before the event. Rodriguez is fighting a 211-game suspension from Major League Baseball after being accused of violating the league?s performance-enhancing drug use policy.

?I?m here to support Alex in any way that I can,? Ortiz told the New York Post. ?We have been friends for a long time, and we will support each other. I am happy that he is going to be here. ? It means a lot to me that he is coming.?

Rodriguez met Thursday with the country?s president, Danilo Medina. He said he was ?optimistic? about the outcome of the appeal.

Rodriguez and Ortiz have been friends for some time. Rodriguez is said to have encouraged Ortiz during some early-season slumps, and the two were seen hanging out together this year during a Red Sox-Yankees series. 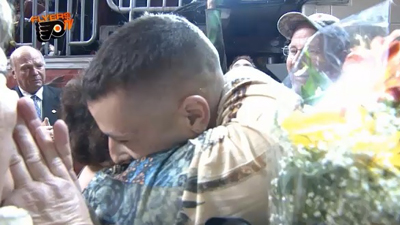 Jacoby Ellsbury Introduced in New York, Will Wear No. 22 for Yankees (Photo)