Doc Rivers may have endeared himself to Boston fans by leading the Celtics to their first championship in 22 years, but one title just doesn?t go as far in this town as it may in others.

Rivers? one championship seems mighty small next to the work of Red Auerbach, K.C. Jones, Bill Russell and Tom Heinsohn, and if his tenuous place in Celtics lore isn?t enough, Rivers also saw his basketball team?s championship triumph get trumped soon after by the Boston Bruins? first Stanley Cup win in 39 years. Just a couple of years after that, the Red Sox bagged another one, with John Farrell winning the World Series in his first year at the helm.

Boston has become a championship city over the last decade, with the Patriots? trio of Lombardi trophies now the rustiest hardware for a town that has won at least one title in each of the four major sports over the last 10 years.

As easy as winning looks, though, it was a tall climb for the various Boston teams, especially for Rivers? Celtics. Rivers endured three tough seasons before the arrival of Kevin Garnett and Ray Allen gave him the pieces he needed to coach his team to victory in 2008, and the five seasons that followed showed just how hard the feat was as the group failed to do it again.

Rivers returns to Boston on Wednesday night with his new team, the Los Angeles Clippers, and is expected to hear some grumbling from members of the TD Garden crowd who aren?t happy he left the rebuilding Celtics over the summer. He?s also expected to hear some cheers, though, as he was a huge part of restoring the Celtics to their former glory, including that 18th banner.

The real question, though, may not be of booing or cheering, but rather: Where does Rivers rank in retrospect? Is his 416-305 Celtics record and NBA title enough to land him in the elite fraternity of the city?s best coaches?

Click here for the Top 10 coaches in Boston history >> 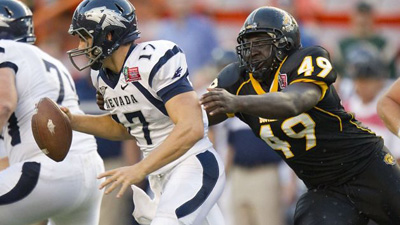 Report: Patriots Work Out CFL Defensive End Cordarro Law, Who Had 14 Sacks North of the Border