Dolphins May Not Win AFC East, But Win Over Patriots Puts AFC on Notice Come Playoffs - NESN.com Skip to content The Dolphins’ season appears to be coming full circle.

A 3-0 start had Miami looking like the legitimate contenders many predicted they would be after their offseason spending spree, but the 2-6 stretch that followed screamed nothing more than pretender. Now, the streaky Fins have put together another impressive winning streak, taking three straight from the Jets, Steelers and then the Patriots on Sunday, and reestablished itself in the AFC playoff picture.

The Dolphins are by no means locked into the playoffs, nor do they hold an advantage in the division or wild-card race, but if they do find their way into the postseason party, some AFC foes — New England included — better watch out.

Wins against an offensively challenged Jets team, an unlucky Steelers squad and the severely undermanned Patriots aren’t exactly resume builders in the eyes of the general public, but the way they’ve been winning has certainly piqued some interest of late. Since allowing Cam Newton to lead the Panthers on a fourth-quarter comeback four weeks ago, the Dolphins have taken major steps to correct some of their biggest problems.

Ryan Tannehill is the biggest revelation of late. After playing terribly during much of the Dolphins’ dismal eight-game stretch earlier this season, the second-year quarterback has really turned his season around. Over the last three games, he looks like an entirely different quarterback than the one who threw 11 touchdowns and 10 interceptions during that stretch. In fact, over the last three weeks, Tannehill has thrown eight touchdowns and just two interceptions, proving just how valuable he is to the Dolphins’ success.

While Tannehill has clearly improved on the whole, his most important improvement has come in the clutch. During the Dolphins’ current three-game winning streak, Tannehill has been razor-sharp in the fourth quarter, even leading the Dolphins on two game-winning comebacks in each of the last two weeks. He is completing 69 percent (18-for-26) of his passes in the fourth quarter over the last three weeks and has throws three touchdowns, including one with 1:15 left against the Patriots on Sunday, and zero interceptions in the three wins. His improvement has been important during the recent turnaround, but the defensive improvements have been equally as important.

The Dolphins’ defense is nowhere near the shutdown caliber found in Seattle or Carolina — allowing more than 400 yards of total offense on an almost weekly basis won’t earn you entrance into any prestigious clubs — but, much like Tannehill, they have come up big late in games in recent weeks.

After allowing 53 points during their eight game debacle, the Dolphins have allowed just 17 points over the last three games, and Sunday’s red-zone stand against the Patriots is even further proof of how good they can be. Miami held Brady and the Patriots’ offense at bay inside the red zone, with recently signed cornerback Mike Thomas making two crucial plays — a pass breakup on an otherwise sure Danny Amendola touchdown and the clinching interception — and the defensive line doing their best to make Brady’s life miserable.

Tannehill and the Dolphins, aside from a few outliers, don’t have any real playoff experience, so playing in January will be a new experience for many of them. But this team is coming together at just the right time, and they seem to have momentum going in all the right areas. The Dolphins will need some help in order to keep playing come postseason, but that doesn’t mean they won’t be there.

There is still a chance that the Dolphins could win the AFC East, but it’s far more likely that they’ll end up with the second wild-card spot. Even following Sunday’s loss, the Patriots (10-4) still hold a two-game lead on the Dolphins (8-6) with just two games left on the schedule. That means a New England win or Miami loss would clinch the division for the Patriots. However, while the Dolphins may still seek a division title, they would actually be best served rooting for the Patriots instead.

The Patriots head to Baltimore for a showdown with the Ravens next weekend, and, while a loss would give the Dolphins a better chance at claiming the AFC East, a Patriots win would actually enhance their playoff chances. Right now, the Ravens hold the playoff tiebreaker with the Dolphins, meaning if they finish with the same record that Baltimore would actually take the final spot, leaving the Dolphins headed for the golf course earlier than they’d like.

The Dolphins still have some work to do to get themselves in position for a long postseason run, but they certainly look the part of a dangerous team right about now, and that should have some AFC contenders looking over their shoulders. 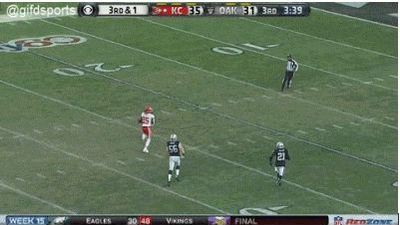 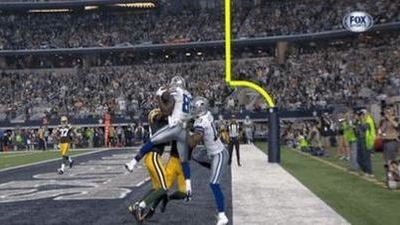 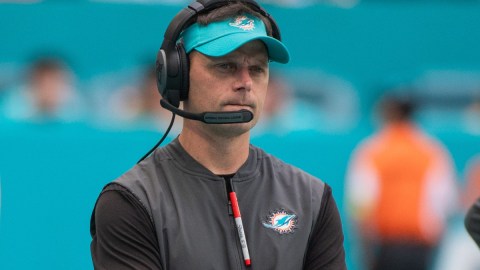