There’s a good reason why the New England Patriots were able to go 12-4 this season despite taking a step back on offense, and it didn’t all have to do with toughness, grit, determination and mental strength.

The Patriots’ pass defense was much better in 2013 compared to last season. And while quarterback Tom Brady‘s play went down with some key subtractions — thanks to injuries, offseason moves and one high-profile arrest — the secondary also got much better with some key additions.

Cornerback Aqib Talib was much better in his second season in New England, rookie cornerback Logan Ryan provided important depth that the Patriots haven’t had in previous seasons and safety Devin McCourty finally helped lock down the deep half of the field. No wide receivers were playing defense for New England this season. Check out some key statistics from the past two seasons to the right.

The Patriots got better in every category other than interceptions and completions of more than 40 yards. In general, New England’s play on passes that traveled more than 20 yards was much better this season, though opposing teams often failed to notice and kept targeting deep.

The Patriots still can improve their pass defense — generating a more consistent pass rush would be key — but an improvement is an improvement. There’s no use in New England looking a gift horse in the mouth as the team settles in for a first-round playoff bye with half of its All-Pros on injured reserve.

I have kept track of coverage and pass-rush charting statistics all season to get a better sense of how individual players are performing. Check out how the Patriots fared in pass coverage below. The first thing that stands out is just how amazingly Ryan played. There’s a reason why the rookie earned a starting role down the stretch while cornerback Alfonzo Dennard was recovering from shoulder and ankle injuries: Ryan is very good. After years of drafting duds in the secondary, Bill Belichick finally hit on Ryan and fellow Rutgers rookie Duron Harmon.

Talib’s season-long stats come out looking rosy, too, despite his play dropping off a bit after he suffered a hip injury against the New Orleans Saints in Week 6. Kyle Arrington had the most targets, touchdowns and yards, but he also played through groin, hamstring and knee injuries. And a 52.5 completion percentage is not too shabby in one-on-one matchups.

I broke down how Patriots defenders performed per snap below. Despite his reputation as a poor pass defender, linebacker Dont’a Hightower‘s per-snap stats were better than Jerod Mayo‘s across the board. Mayo played in six games but still had more than half as many cover snaps as Hightower. Most of the linebackers’ cover snaps came when they dropped into zone, but they do venture out into one-on-one matchups, too.

Talib was the most respected cornerback for the Patriots, having a pass thrown his way every 17.52 times he was out on the field, but Ryan was second with 16.17. Ryan stacks up well no matter what the metric.

The rookie also came out looking good in the pass rush. Check out those charting stats below. Defensive end Rob Ninkovich led the way with 86 total pressures despite having fewer snaps rushing the passer than defensive end Chandler Jones. All of the defensive backs had high pressure percentages (pressures per pressure snaps). Hightower’s also was higher than the rest of his fellow linebackers.

It’s obvious how much the Patriots missed defensive tackle Tommy Kelly once he went down with a season-ending knee injury. The veteran had a higher pressure percentage than Jones and any of his fellow interior linemen.

Ninkovich and Hightower could work on closing better. They both had high pressure percentages, but their sack percentages (sacks per snap) and sacks per pressure were lacking. Closing a sack has a lot to do with competition, coverage, skill and some luck.

The Patriots will need to keep it up as the competition gets tougher in the postseason. The week off will help Arrington, Talib, McCourty and Alfonzo Dennard recuperate from their numerous ailments. 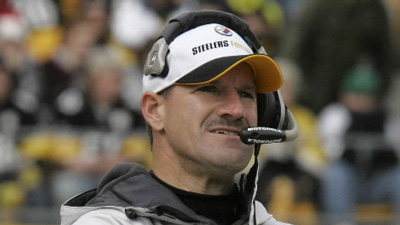