Like everyone else, Wallace was glued to the TV throughout the Red Sox’ run to the World Series — when the team that pays his salary, the Celtics, wasn’t playing, of course. So even with an announced attendance of 17,263 on Friday that felt like less than two-thirds that total, Wallace still feels the love of the hometown fans.

“I don’t think they’ve ever been against us,” Wallace said. “I think our support has just been down earlier in the season because the Red Sox were in the playoffs, so a lot of fans were following them, and then a lot of people are new to this team, so fans are still trying to figure out who we are.

“But I think the support has always been good, from what I can see, since day one.”

Team (not) in transition

Every team tries to capitalize on missed shots to turn into fastbreak opportunities and every team tried to get into the paint for the highest-percentage shot possible. But the Nuggets take those two things to deadly degrees.

Only three teams in the NBA play at a faster pace than the Nuggets or score more points in the paint. They are the fifth-highest scoring team in the league thanks to their relentless assault on the basket and willingness to run after every opponent’s shot, make or miss. They will run and there really is no way to stop them.

An opponent can slow them down, however, and the Celtics showed how in Friday’s 106-98 win. By making shots — always a helpful factor — the Celtics were able to force the Nuggets to inbound the ball and delay their running game an extra second. Even when the Celtics missed, their focus on getting the ball to the rim helped them avoid long rebounds that lead to easy run-outs for the Nuggets.

“Our main thing was trying to keep them out of transition, so we wanted to take the less jump shots possible,” Wallace said. “Make them get it out of the basket, or even if we attack the rim, it gives our guards an opportunity to get back. They’re not getting long rebounds and they’re not able to attack our bigs. I think we did a great job of keeping them out of transition.”

Shooting 51.8 percent from the field may have been the key statistic for the Celtics, because it had a trickle-down effect on those other key stats. The Celtics actually outscored the Nuggets in the paint 44-42 and held the Nuggets to 16 fastbreak points officially, although the Nuggets did score more unofficially in secondary transition. The Celtics were also able to hold them to 77 field goal attempts, a very small number for any team but an insanely low one for the run-and-gun Nuggets.

It was difficult finding one overriding storyline from the game — save Kris Humphries‘ monster night — because nobody on the Celtics played particularly well from start to finish. Even Humphries’ 18-point explosion came mostly in the third quarter, when he scored eight points in a four-minute spurt after a Timofey Mozgov dunk closed Boston’s lead to three points.

Whenever one Celtics player or group started to cool off, however, another player or unit stepped up. The starters carried the Celtics in the first half, for instance, but came out flat after halftime, when Humphries and Jordan Crawford, who also scored eight points in the third quarter, heated up. Celtics coach Brad Stevens just tried to go with the hot hands.

“The game was an interesting one because our starters played fantastic at the start of the game and got us out to a huge lead,” Stevens said. “Then in the second half, it was our bench that got us back out to a lead, and Kris was a big part of that.”

Humphries did have a bit of a scary moment when he landed awkwardly after an and-one dunk over Randy Foye. He appeared to grab his chest but said afterward it was his legs — that is, a certain bendy part of his legs few basketball players ever like to feel discomfort in.

“Thank God nothing tore in my knees,” Humphries said. “I felt like both my knees were in weird positions. It was really weird, but thank God I’m all right. I’ll just be a little stiff tomorrow.” 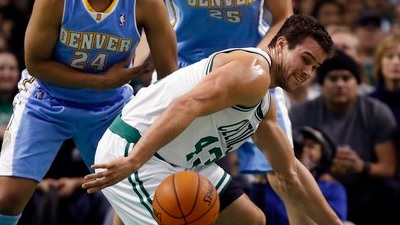 Kris Humphries Seizes Opportunity, May Have Played His Way Into More Minutes With Celtics 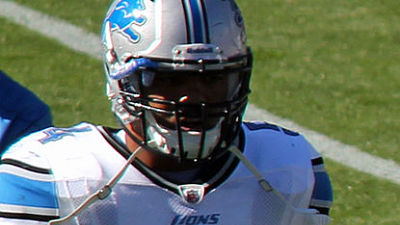