Sports are all about “what ifs.”

What if Len Bias hadn’t tragically died two days after the 1986 NBA draft?

What if Drew Bledsoe never got hurt in 2001?

What if the Bruins never traded Joe Thornton in 2005?

What if the Red Sox traded for Alex Rodriguez prior to the 2004 season?

We’ll never know the answer to these or any of sports’ gazillion “what if” scenarios, so trying to formulate a rational prediction for each is fruitless. There are inevitably going to be factors — financial, draft implications, mental state, etc. — that get overlooked in one’s assessment of any “what if.”

Thinking about what could have been is a good way to pass the time, though, and the A-Rod-to-Boston scenario is an extremely juicy “what if,” especially now that the Red Sox have won three World Series titles in 10 years.

WEEI.com’s Alex Speier broke down the near-deal that fell through 10 years ago. Rodriguez would have been traded to the Red Sox in exchange for Manny Ramirez and a Single-A pitcher by the name of Jon Lester. Boston then would have acquired Magglio Ordonez and then-minor league hurler Brandon McCarthy for Nomar Garciaparra in a subsequent transaction.

The wheels seemed to be in motion. The Red Sox and Rangers agreed to a trade, and A-Rod agreed to restructure his 10-year, $252 million contract to fit within Boston’s budget. The Players Association stepped in and nixed the deal, though, and the rest is history.

Speier asked Red Sox president and CEO Larry Lucchino recently whether the Red Sox still would have been in a position to win three World Series titles in 10 years if the deal went through. Lucchino responded with really the only logical answer.

“Unanswerable question, but I will say that we’re proud of the players that have been here for that decade of achievement, and looking back, no, I wouldn’t change it,” Lucchino reportedly said.

There probably isn’t anyone in Boston who now wishes that the deal went through. However, we have the benefit of hindsight, and it’s easy to forget that Rodriguez, who was just 28 years 0ld at the time, was the best player in baseball at a premium position (shortstop). Most Sox fans were drooling over the idea of adding a player of that caliber, and rightfully so. It was a potentially huge splash for a team that hadn’t won a World Series in 86 years.

“We have the same primary motivation in most everything, and that’s the eagerness to win. We were at that point mired in the 86-year nuclear winter and we were determined to be bold and do what had to be done to break that so-called curse,” Lucchino told Speier on Monday. “As to the boldness, the audacity of the deal, we took office planning to be bold. We joked that this was not your father’s Oldsmobile, this was not your father’s Red Sox. This was going to be a different approach, we hoped a bolder approach, so we were not deterred by that.

“The boldness of it was not something that deterred us, but it certainly was bold to consider something like that. That was a time when we were willing and eager to consider bold moves, not that far removed from the Billy Beane negotiations,” Lucchino reportedly continued, referencing the club’s prior attempt to land Oakland’s general manager. “It’s hard to go back 10 years and not be influenced by the events of those 10 years, since that time. At that point, [Rodriguez] was generally recognized as the most outstanding player in baseball. He seemed to have a mind of his own with respect to where he wanted to play.”

Rodriguez ended up getting shipped to the Yankees for Alfonso Soriano that winter, which, at the time, threw salt on Boston’s wound. The wound healed up nicely for the Red Sox a few months later, though, as Boston overcame a 3-0 deficit against New York in the ALCS en route to its first World Series title since 1918.

?It was as vivid a reminder as one could have about the old cliche: The best trades are often the ones that never happen,? Lucchino told WEEI.com. ?It was also a bit of a reminder of the power and influence of the Players Association. I can?t say how it would have influenced our operating practices going forward. It would be purely hypothetical. I?m not going to try. All I can say is we wanted to win, we were in it to win it, and we wanted to win it right then. We didn?t want a long period of time to pass. Having won three in 10 years, we feel a sense of satisfaction and pride in what has developed in place of an A-Rod-led Red Sox.?

In this case, the question of “what if” is one that Boston is OK not answering. 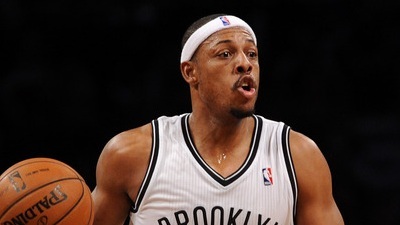