Earlier this year, one military father came up with one of the most creative ways yet of surprising his son back home.

Master Sgt. Joseph Martel returned early from a tour of Afghanistan in September, something his wife was aware of but his son, Justin, was not.

Justin’s football team was playing a game in Brussels, Belgium, and Joseph came up with the idea to disguise himself as a player for the opposing team. Joseph watched his son from the sideline until the referees called a meeting at midfield — under the guise of reviewing safety protocol — during which Joseph revealed himself, and the two enjoyed a tearful and heartwarming reunion.

“I had no idea what was going to happen,” Justin said. “And all of a sudden he was just there.”

Check out the awesome moment in the video below, with a hat tip to For The Win for bringing it to our attention. 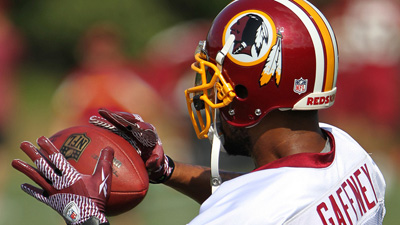