The huge block that ended Cincinnati punter Kevin Huber‘s season was an illegal one, the NFL announced on Tuesday.

In the first quarter of Monday night’s game, Steelers linebacker Terence Garvin delivered a vicious hit on Huber during a punt return touchdown that left the punter with a broken jaw and a cracked vertebrae in his neck. The massive blow stirred up some controversy after Garvin wasn’t flagged on the play, but now, NFL vice president of officiating Dean Blandino is saying that he should have been penalized.

“Huber, he’s a punter. And the key is he’s defenseless throughout the down,” Blandino told the NFL Network on Tuesday. “So even though he’s pursuing the play, he still gets defenseless-player protection. You can’t hit him in the head or neck, and you can’t use the crown or forehead parts of the helmet to the body.”

Garvin leveled Huber with a blindside hit across the middle of the field that opened up a gap for return man Antonio Brown. Although Huber was able to walk off the field under his own power, he has since been placed on injured reserve. It may be of little consolation to him and the Bengals now, but Blandino says a flag should have been thrown on the gruesome hit.

“This is an illegal block. It should have been a flag for a 15-yard penalty,” Blandino continued. “You’ll see the close-up where you can see the contact to the head or neck area. So this will certainly be a point of emphasis this week, especially with our referees who are responsible for the punter on plays like this.

“We have to watch the punter, he’s defenseless,” Blandino added. “And we want to flag hits like that.” 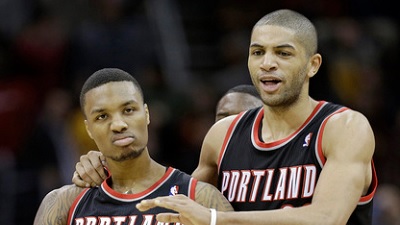