Patriots' Defense Has Been Tested Deep Often, But Devin McCourty, Secondary Have Made Opposing Offenses Pay - NESN.com Skip to content FOXBORO, Mass. — If the Patriots’ defense cannot force a turnover against the Ravens, there is something wrong.

Not only are they due, but they’re also facing a quarterback who takes an inordinate amount of risks on deep throws, an area where New England’s defense has been able to force opposing quarterbacks to make mistakes for most of the season. The Patriots’ defense has not forced a turnover in 10 quarters, however. They typically force a turnover, on average, every 2.5 quarters.

New England’s defense gets targeted a lot downfield. They’ve been successful at stopping the deep ball, though, so it might be wise for teams to stop taking those risks.

“Just being disciplined, guys doing a good just with their techniques and everything like that in coverage,” safety Steve Gregory said about New England’s success at stopping the deep ball.” When the ball goes up in the air like that, yeah, you make a play. That?s basically what it comes down to.”

That success likely won’t stop Joe Flacco, who has the most attempts over 20 yards in the NFL, according to Pro Football Focus.

The Patriots are allowing more completions and attempts than the league average, but a lower completion percentage and yards per attempt. They’re allowing fewer touchdowns and have more interceptions. It’s understandable that New England would have more interceptions, but it’s thanks to quality play by free safety Devin McCourty and the Patriots’ cornerbacks that they have allowed just five touchdowns on deep balls this season.

Flacco is averaging fewer completions and far more attempts on deep balls. His completion percentage and yards per attempt are lower, he has more yards, fewer touchdowns and more interceptions. It’s a wonder why Baltimore keeps taking these risks.

It would be a minor miracle if Flacco doesn’t attempt at least five deep passes against the Patriots. His only touchdown on a deep ball came against the Jets in Week 12 when Flacco hooked up with Jacoby Jones over rookie cornerback Dee Milliner. Only Browns quarterback Jason Campbell has a lower completion percentage on deep throws than Flacco.

It doesn’t help Flacco that his receivers have dropped six of his deep targets. Torrey Smith has three drops, Jones has two and Marlon Brown has one.

Given how close Patriots-Ravens games generally are — four of their six matchups have come down to one score since head coach John Harbaugh was hired — the Week 16 matchup could be decided on those deep passes by Flacco. Any turnover or deep touchdown could be a game changer.

It is a bit perplexing why New England has been targeted deep so often. They have one of the best free safeties in the NFL and they have forced more mistakes and incompletions than they have allowed touchdowns and big plays. One area that may be freeing up the deep ball is a lack of pressure on the quarterback. New England rates low by all metrics when it comes to total pressures, though they are a top 10 defense in sacks.

“I don?t know necessarily if it?s something that we?re doing,” Gregory said. “I think teams throughout the league want to take shots downfield to try to create some big plays. Throughout the course of the game, you?re gonna get those shots taken. Now, whether or not you make the play or they make the play, that?s the difference between big plays and not giving up big plays. If you look throughout the league, teams are going to take their shots throughout the game, especially how the game is nowadays with the new rules and everything — the contact rules and all that stuff. It?s a good opportunity to either get a pass interference or a completion or a penalty or something like that. We have to go up and either pick it or make the play and not let it be something that effects us.”

McCourty and Gregory have been playing at a high level all season, but the pressure will be on the safeties on Sunday. A well-timed interception could be a season-saver for New England. 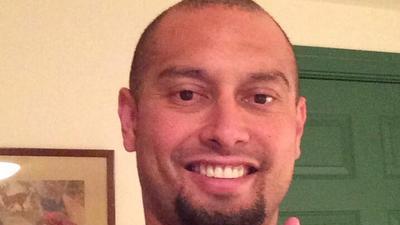