Final, Dolphins 24-20: It all ended with seven seconds left and a Tom Brady interception.

The Patriots had their shots on the final drive but couldn’t come up with the six points they needed.

Amendola and Edelman had another big drive there at the end. Brady played very well too.

The key plays in the game were Miami’s fourth-and-5 conversion in the fourth quarter and a Stephen Gostkowski kickoff out of bounds to start that drive.

The Dolphins took a huge risk by going for it on fourth and 5 earlier in the drive. It paid off.

Alfonzo Dennard gave up a big catch to Rishard Matthews and Dont’a Hightower gave up the touchdown to Marcus Thigpen.

The Patriots have 1:15 on the clock to mount the comeback.

Fourth quarter, 4:07, Patriots 20-17: Julian Edelman has had an incredible fourth quarter. He now has 12 catches for 127 yards. That’s a new career high for Minitron.

Danny Amendola and Austin Collie also had big catches on that drive. That’s who Brady is working with right now: a collection of slot receivers.

Fourth quarter, 6:44, Dolphins 17-13: That’s probably not the drive the Dolphins wanted. They got just 6 yards on a second-down run. Tannehill’s first pass, deep to Wallace, was broken up by Kyle Arrington.

Julian Edelman had five catches on six targets on the drive. New England also lost Nate Solder for the remainder of the game. He went out with a head injury. He missed practice on Wednesday with a concussion. Logan Mankins is playing left tackle with undrafted rookie Josh Kline at left guard.

Fourth quarter, 14:54, Dolphins 17-10: The Dolphins have taken a 17-10 lead after Ryan Tannehill connected with Daniel Thomas for a touchdown.

Tannehill has been very good for the past two quarters. He’s found a nice connection with Brian Hartline. The New England defense will need to seal up the holes if the Patriots want to come back.

End third quarter, 10-10: The Dolphins are within striking distance once again. They have the ball on New England’s 2-yard line. If the Patriots are going to win this game, it looks like it will have to be another fourth-quarter comeback from Brady.

The Patriots haven’t forced a turnover in nine quarters now.

Stevan Ridley had a few more nice carries, but Cameron Wake ended the drive by sacking Tom Brady. We’re still tied up at 10.

The Patriots got some pressure on third down that forced Tannehill to throw the ball away. Caleb Sturgis hit a short field goal to tie up the game.

Third quarter, 11:22, Patriots 10-7: The Patriots were able to get Stephen Gostkowski in field goal range, but the kicker missed from 48 yard out.

End half, Patriots 10-7: The Patriots were content to carry the ball twice to finish the drive.

Overall, it was a better first half than the Patriots have been used to, but there were certainly some issues. It appears, as of now, that New England misses Rob Gronkowski.

Brady is 14 of 18 for 130 yards and a touchdown so far. The Patriots are holding Dolphins running backs to 10 carries for 34 yards.

Second quarter, :32, Patriots 10-7: The Dolphins are right back in this one. Kyle Arrington came out of the game after either reaggravating his groin injury or with a cramp. On the next play, Tannehill went after Marquice Cole and hit Mike Wallace for a 39-yard touchdown.

Steve Gregory took a rough route to get to Wallace and the speedy receiver ran right by the Patriots safety.

Second quarter, 1:38, Patriots 10-0: Michael Hoomanawanui just made a beautiful one-handed grab for a touchdown, his first as a Patriot.

The Patriots’ offense isn’t playing perfectly, but they’re certainly looking better than they did against Miami last time in the first half.

Second quarter, 4:23, Patriots 3-0: The Dolphins had a chance to tie up the game, but they flubbed the field goal attempt. Brandon Fields took the long snap to the face. Fortunately, there’s a GIF, via @SBNationGIF.

Joe Vellano and Chandler Jones had sacks on that drive. Mike Wallace nearly countered those with some big plays, one on a reverse and one on a catch on the sideline.

Oh, Phil Simms also said Devin McCourty has been playing cornerback this season, which is not true. So that was fun.

Second quarter, 9:46, Patriots 3-0: New England couldn’t get anywhere, but they started with the ball inside their own 3-yard line.

The Patriots went three and out. Brady completed passes to Boyce and Edelman and Blount had a 1-yard run.

Second quarter, 10:31, Patriots 3-0: The Patriots’ defense is holding up well so far. They were among the best in the NFL the first half of the season, then once Gronkowski came back, they started to struggle. Maybe Belichick has found the right combination of personnel at the perfect time.

They’re still letting up chunks of yards in the passing game through their zone defense, but a key sack from Kyle Arrington forced the Dolphins to try to move the ball downfield.

The Patriots have the ball inside their own 5-yard line.

End first quarter, Patriots 3-0: Well, it would be tough to say the Patriots are off to a hot start in the first half, but it’s better than we’ve seen the past few weeks.

Stevan Ridley ripped off an 11-yard run on his first touch of the game, then lost yards on his second carry. The Patriots lost yards on a completion to Shane Vereen, then on third and 13, they couldn’t convert for the first.

The Dolphins have the ball inside their own 10-yard line after an impressive punt from Ryan Allen.

First quarter, 2:38, Patriots 3-0: The Patriots put together another impressive defensive drive. Miami went three and out after getting backed up with an illegal block in the back penalty on the kickoff.

Brandon Spikes made a big hit on the Dolphins’ first play of the drive, a run by Lamar Miller. Ryan Tannehill has not been very good so far. He missed Charles Clay on third and short.

First quarter, 3:57, Patriots 3-0: It took almost 7 1/2 minutes for the Patriots to get down the field, but they only got three points out of the long drive.

LeGarrette Blount got six touches on the drive. He had five carries for 25 yards and one catch for 6 yards.

On third and goal, Brady could not connect with Josh Boyce for the touchdown. Brady connected with Julian Edelman for a 22-yard completion earlier in the drive to put the Patriots in field goal range. It was a nice opening drive for New England.

They opened with a four-man front. Sealver Siliga was getting the start at the nose, once again.

New England stayed in nickel with Arrington on Wallace. The Patriots let up some yards on the ground, but Chandler Jones and Dont’a Hightower made some nice plays.

12:49 p.m.: This game is sold out down in Miami. As usual, there is reportedly a large contingency of Patriots fans in attendance.

It will be key for New England to pressure Ryan Tannehill early and often. Rob Ninkovich and Chandler Jones will bring their usual array of pressure, but it will be key for interior guys like Chris Jones to also bring the heat.

It will be interesting to see if the Patriots run a 4-3 or 3-4. I’ll also be looking to see who’s playing the nose. It could be Sealver Siliga, Isaac Sopoaga or Chris Jones (if Joe Vellano is playing the three-technique defensive tackle position).

Last time the Patriots and Dolphins played, Kyle Arrington covered Mike Wallace. Aqib Talib was out of that game, so it’s possible he takes on Wallace while Alfonzo Dennard covers Brian Hartline and Arrington lines up across from slot receiver Rishard Matthews. Logan Ryan got a lot of play last week, but I think that had to do with Dennard missing two practices to attend court in Nebraska.

11:59 a.m.: I’m still predicting a win for the Patriots over the Dolphins, but it’s going to be a close one.

My prediction: Patriots 27-23. The loss of Rob Gronkowski hurts, but New England proved it can beat a very good defense without him last week.

11:35 a.m.: The full list of inactives is out. Wide receivers Aaron Dobson and Kenbrell Thompkins, defensive ends Jake Bequette and Michael Buchanan, guard Chris Barker, tight end D.J. Williams and linebacker Steve Beauharnais will not be suiting up for the Patriots.

That means tackles Nate Solder and Marcus Cannon are playing. Tight end Michael Hoomanawanui is also suiting up for the first time in three weeks.

Since New England is rolling with just three defensive ends (Rob Ninkovich, Chandler Jones and Andre Carter), we could see a return to the 3-4. Buchanan rarely played when he was active, so it may not change the Patriots’ scheme, but there is a lack of depth there. If they went with a 3-4, they would have depth at outside linebacker in Jamie Collins and Dane Fletcher.

11:22 a.m.: The Patriots inactives will be out in a few minutes, but Nate Solder, Chris Barker and D.J. Williams have been spotted on the field at Sun Life Stadium.

The Patriots will be in their blue jerseys and silver pants. The Dolphins will be wearing white due to the heat.

A real time machine, that is. Not what tight end Rob Gronkowski thinks is a time machine.

The Patriots quarterback has lost nearly half his receiving targets again. He had to start the season without Gronkowski, running back Shane Vereen and wide receiver Danny Amendola. He’ll be without Gronkowski and rookie receivers Aaron Dobson and Kenbrell Thompkins against the Dolphins.

That leaves Brady with Vereen, Amendola and receivers Julian Edelman and Josh Boyce as his main targets. Running backs LeGarrette Blount and Stevan Ridley have just 11 catches combined this season, while remaining tight ends Matthew Mulligan, Michael Hoomanawanui and D.J. Williams have 12 receptions. Fullback/tight end James Develin has four catches for 62 yards in 2013, including one catch in each of the last two weeks.

Boyce made the most of his opportunities in Week 14 against the Browns, catching three passes for 49 yards. He may need to step up even more in Miami.

Vereen will likely be the key component in New England’s offense again this week. The third-down back already has 78 touches, including 40 receptions, in five games this year. He is averaging 42 snaps per game since returning from a broken wrist. It will be interesting to see if those reps increase with Gronkowski out for the year. Vereen is one of the most-talented and dependable players on the Patriots’ roster, so he should be on the field as frequently as possible.

Stay here on NESN.com’s Patriots live blog for all the latest leading up to kickoff. We will have updates and analysis throughout the game. 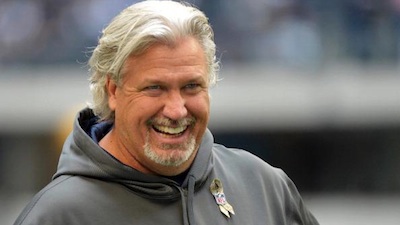