Patriots' Offense Not Perfect Without Rob Gronkowski, But Tight End's Injury Will Not Tank Season - NESN.com Skip to content After the Patriots’ offense looked lost in the red zone in their first full game without Rob Gronkowski, it was looking like the season had ended prematurely.

New England had reached its breaking point. And even if the team’s bandwagon wasn’t totally empty, it was getting pretty barren. Anyone remaining was peering over the sides, waiting to leap out at the first sight of failure against the Ravens.

If the Patriots lost to the Ravens, even though it was no longer a must-win game since New England clinched a playoff berth prior to the game, there was little hope for more than a whimper in the postseason. A team eventually reaches a breaking point. And it seemed Gronkowski’s season-ending knee injury was just that.

But then New England’s offense came out looking pretty good against the Ravens. It didn’t take long to get down the field on the offense’s first drive. Then something even crazier happened: The defense chipped in by causing a turnover, putting the Patriots in position to score again.

That’s how it’s going to have to be without Gronkowsi, though. All facets will have to chip in. No one player can replace Gronokwski, especially not on this depleted roster.

Tom Brady had his worst game in seven weeks. It’s probably going to have to be a grind for New England. And at times it appeared Josh McDaniels had not quite figured out how the offense was going to function without his All-Pro tight end.

The team’s most impressive drive came midway through the fourth quarter, when Brady did not have to pass at all. If New England is not going to have Gronkowski, then it has to have a running game that can be depended on. Baltimore knew the Patriots were going to run the ball. There was just 6:37 on the clock, and the Patriots were leading by 13 points. They had to eat clock.

That’s when LeGarrette Blount and Stevan Ridley combined to do their best Corey Dillon impression. New England ran the ball on nine straight plays. The drive culminated with a 7-yard jaunt into the end zone from Blount, his second touchdown of the day.

The Patriots have been effective running the ball this year, but since Ridley’s fumbling issues came to a head, gaining yards on the ground has been secondary to passing. New England proved that does not have to be the case on Sunday.

And that was without Shane Vereen. This offense can be even better than they were against the Ravens. Aaron Dobson was obviously not at 100 percent, and Kenbrell Thompkins was still missing. New England scored 14 points on offense in the first quarter with Vereen in and just seven throughout the final three quarters without him.

There was a possibility that losing Gronkowski would destroy this team. They proved on Sunday that will not be the case. The 2013 Patriots are like The Undertaker in a mid-90s WWF casket match. Throw them in box, put them six feet underground and pour dirt on them. Somehow, they’ll still reach up through the ground and pull their way out. 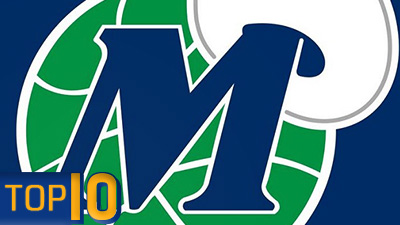