Patriots' Pass Defense Has Improved Against Deep Ball, But Opposing Teams Have Not Taken Notice - NESN.com Skip to content FOXBORO, Mass. — Sometimes it takes NFL teams a while to adjust.

The Patriots’ opposition seems to have no idea the team’s defense has improved against the deep ball this season. Despite winning more one-on-one battles downfield and having better safety play, New England’s defense is still being targeted deep just as frequently as last season and the year before, when it was one of the team’s greatest weaknesses.

On Sunday against the Ravens, quarterback Joe Flacco targeted New England seven times on passes over 20 yards. Officially, he was 0-for-6 with an interception, but Patriots safety Steve Gregory was also charged with a 23-yard pass interference penalty.

Flacco’s inability to hit those passes was one of the biggest reasons New England was able to come away with a blowout victory. New England could have had two more interceptions if Devin McCourty had some stickier gloves. The free safety dropped two picks on attempts over 20 yards.

Check out how the Patriots stack up this season on deep passes compared to the past two years below (numbers via Pro Football Focus).

New England has improved in nearly every single statistic, other than interceptions. But they would gladly take three fewer picks over seven more touchdowns. This year is no different on pass interference penalties. It’s still an area they need work.

By the way, check out how absolutely abominable those numbers were in 2011. That’s what happens when the secondary gets so bad wide receivers Matthew Slater and Julian Edelman have to help out.

New England is being targeted 1.4 more times per game on deep passes than the rest of the NFL this season.

The Patriots are being targeted more often, but they’re allowing a lower completion percentage and fewer yards per attempt and touchdowns. They have more interceptions on deep passes than the average team. The only area New England is still struggling is in pass interference penalties, though it makes sense they would have more since they are targeted more often.

So why are the Patriots still being targeted so frequently on deep passes and how did they improve so much? The first part of that question may not be able to be answered unless we poll all 13 teams the Patriots have faced this season, according to Bill Belichick, at least. The head coach would not throw out his own theory. It likely has something to do with a lack of blitzes and below average pass rush in general, though.

Opposing quarterbacks are allowed more time to throw the ball against New England. That allows receivers to get deeper down the field and, presumably, more open, though that has not been the case.

Belichick thought they Patriots were being targeted deep less often, which has not been the case.

“When it all happens in one play ? there?s nothing else you can do. There?s no chance of stopping in the red area. It takes a lot of other people out of the game too. There?s nothing a nose guard can do about a go-pattern. There?s nothing the inside linebacker — those plays are so far beyond them that it kind of takes them out of the game. When you?re giving those up, that?s below the line. Our below the line comments from last week — we just can?t play like that. Those guys have worked hard. Our safeties have good range back there, our corners have played the ball pretty well. We haven?t had a lot of pass interference calls. Even the ones we?ve had, like the one in the Baltimore game — it?s a tough call. There are some that are just obvious, they?re flagrant. Then there are other ones that you?re like, ?That?s a tough call.? They had one too, so that?s kind of the way it goes. I think overall our decision-making and playing the ball in the secondary has been obviously a lot better than it was last year. Not that that would take a lot, but it has been better.”

McCourty’s presence and Gregory’s improvement likely have a lot to do with the improvement. Better cornerback play helps too. The Patriots have focused a lot of attention on their secondary since 2011. McCourty moved from cornerback to safety, the team traded for cornerback Aqib Talib, signed Gregory and cornerback Marquice Cole and drafted cornerbacks Alfonzo Dennard and Logan Ryan and safeties Duron Harmon, Tavon Wilson and Nate Ebner.

The only players who remain from 2011 are McCourty and Kyle Arrington, who the team was obviously pleased with, since they signed the slot cornerback to a four-year deal this offseason. There are still some holes in coverage, especially in the middle of the field when the team goes zone, but overall, New England’s pass defense has improved greatly over the past three years. It’s been a gradual, but effective rebuild. 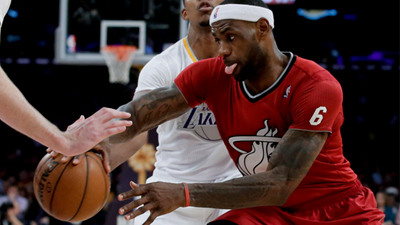