The Pittsburgh Penguins likely will be without one of their top offensive stars for the remainder of the season.

The Penguins did not set a timetable for Dupuis’ return, but several media members report that he is “almost certainly” done for the season.

The 34-year-old got off to a rather slow start this year by his standards, scoring just seven goals through 39 games after potting 20 in last season’s 48-game, lockout-shortened campaign. He has tallied more than 35 points in each of the last four seasons, including a career-high 59 in 2011-12.

Dupuis suffered the injury in a collision with teammate Sidney Crosby during Monday’s 5-0 loss to the Ottawa Senators. Dupuis was helped off the ice early in the first period and did not return.

Bill Belichick Says He Does Not Plan on Paying Attention to Scores of 1 p.m. Games Before Patriots Play Bills 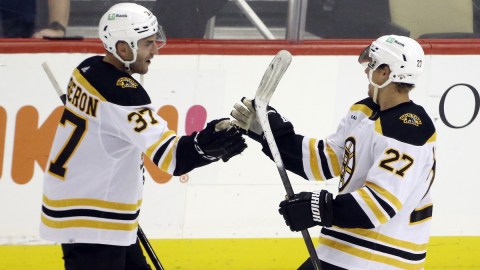