What’s more heartwarming than a public marriage proposal in front of a national TV audience?

Andrew McCutchen pulled out all the romantic stops on Wednesday’s episode of Ellen when he brought longtime girlfriend Maria Hanslovan to the show and dropped to one knee to pop the question. The Pirates centerfielder was named the National League MVP last month, and to put a cherry on top of the holiday season, Hanslovan said “yes.”

McCutchen played a video that told the audience that every time he touches home plate after a home run, he tips his cap to signify the length of the couple?s relationship. Cutch also said he didn’t pull the big stunt for notoriety.

Check out the “awwww”-inducing moment in the video below. 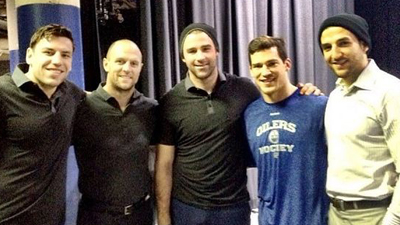