New York’s never-ending quest to build for an imaginary, powerhouse future with a bunch of big-name pieces that don’t really fit entered its newest stage this week with a report that the Knicks hope to acquire Celtics guard Rajon Rondo before he hits free agency in 2015. As head-scratching as such a plan is — the Knicks have no desirable players on favorable contracts to move, and the earliest draft pick they have to trade isn’t available until 2018 — at least the goal seems logical.

Pairing a pass-first point guard like Rondo with a shoot-first, shoot-only forward like Carmelo Anthony would seem to be a match made in heaven. Visions of the former assist and scoring champs, respectively, making a mockery of the statistical standings must be overcoming Knicks boss James Dolan. Apart, these players are All-Stars. Together, they could be deadly.

While nothing appears to be in the works with the Knicks and the Celtics’ sights seem set on Omer Asik, it’s never too soon to ponder any machinations that might be underway in New York. Remember, this is the club that couldn’t wait a few months for Anthony to become a free agent and poached its own roster to trade for him in 2011. If they had anything worthwhile to offer Boston, rest assured they would already be on the phone with Celtics president of basketball operations Danny Ainge, assuming they haven’t dropped a line to the Causeway Street offices anyway.

Yet as the Knicks apparently try to draw Rondo down I-95, it’s worth wondering if a Rondo-Anthony pairing would really be such a surefire, winning combination. On a simplistic level, it sounds great; one scorer plus one passer equals two happy, productive players and a formidable team. And this is likely all Dolan and general manager Steve Mills see. Unfortunately, it’s not so simple when actual basketball factors are considered.

One of the great NBA debates of the 1990s was whether John Stockton made Karl Malone a two-time Most Valuable Player and nearly the league’s all-time leading scorer, or if Malone made Stockton the game’s all-time leader in assists. It’s basketball’s version of the chicken and the egg. Without a skilled ballhandler and distributor, Malone never could have piled up all 36,374 of his points with the Jazz. Without Malone’s ferocious finishing ability and eventually dangerous jumpshot, Stockton never would have gotten close to his 15,806 assists.

What either side of that debate misses is that Stockton and Malone were two heads on the same rare nickel. The perfect pick-and-roll point guard was blessed to have the perfect pick-and-roll big man as a teammate for 18 years. Stockton could not have simply turned Marc Iavaroni into Malone. Malone would not have turned Delaney Rudd into Stockton. Styles make success.

What does this have to do with Rondo and Anthony? Just about everything. Several years into their respective careers, Rondo and Anthony have not demonstrated styles that would easily mesh on the same team. One is a ball-dominating point guard with elite court vision who can expertly run a screen-and-roll despite his inconsistent jumper. The other is a ball-dominating wing forward who dislikes working off the ball and seldom displays the patience necessary to cycle through an offensive set, even if it is designed to end with an easy basket for him off a pass from the point guard.

Both are transcendent in some areas, deeply flawed in others. Both need the ball in their hands the majority of the time to maintain their interest. Both possess unique abilities to thrive — to a degree — outside the bounds of a standard offensive approach. Both are great, just not necessarily complementary, players.

To see just how averse Anthony has become to letting his teammates make his job easier, check out his percentage of field goals that are assisted. Only 39.8 percent of Anthony’s field goals this season have been assisted, which would actually be a three-year high. The most comparable player to Anthony that Rondo has played with is Paul Pierce, another elite scorer who loves to work in isolation. But Pierce never had a season in which fewer than 46.6 percent of his field goals were assisted.

The glimmer of hope the Knick may (or may not) be chasing is the fact that, early in his career, when Anthony was paired with a top-flight playmaking point guard in Andre Miller, he scored more than 60 percent of his field goals off assists for three straight years. Pierce never did that. Perhaps, given an even better shot-creator in Rondo, Anthony could revert into the efficient scorer-in-the-making he was in Denver.

That version of Anthony existed so long ago, though, for any of those skills to really be transferable today. Even when Raymond Felton or Jeremy Lin got on one of their rolls the last two seasons, Anthony never seemed comfortable letting the offense come to him. It was fashionable to credit him with embracing “team” basketball when the Knicks were reeling off 54 wins last season, but he actually attempted more field goals per 36 minutes than at any other point in his career. It shouldn’t be difficult to get a player to buy in to a system when he gets to take a shot every 1.9 minutes.

In fairness, Rondo and Anthony are pros. They make minor adjustments every game depending on the opponent and every possession depending on the situation. It would not be impossible for them to make major adjustments based on the needs of a new teammate. Rondo saw firsthand what such adjustments can bring in 2008 alongside Pierce, Kevin Garnett and Ray Allen. Each of those three former All-Stars gave up something, and their reward was a championship.

The difference is, Pierce, Garnett and Allen didn’t have to fundamentally change who they were to thrive together. They mostly did what they had always done, just at a lesser rate. Rondo and Anthony, by contrast, would have to drastically change styles that have served them well individually for years while bringing them stardom and All-Star invitations.

Rondo and Anthony could be a match made in heaven — or they could be just another of the Knicks’ failed, high-priced experiments. Given the Knicks’ recent history, which would you bet on? 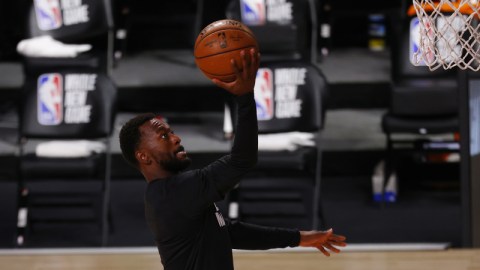 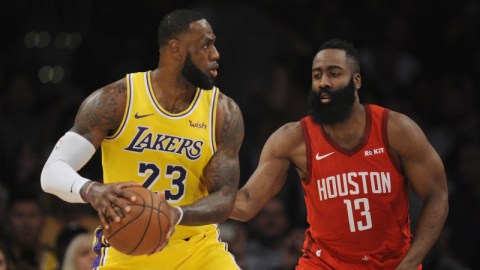 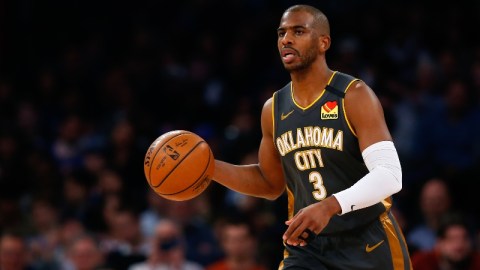 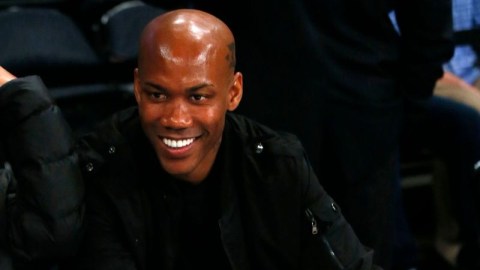