FOXBORO, Mass. — Bill Belichick appears to be having a holly jolly Christmas season.

Belichick took the entire team to the movies, according to Field Yates of ESPN’s NFL Insiders. There’s no word on which movie Belichick took the team to, though Walking With Dinosaurs, Anchorman 2: The Legend Continues, American Hustle, Saving Mr. Banks, The Hobbit: The Desolation of Smaug, Out of the Furnace, Frozen, The Hunger Games: Catching Fire and Nebraska are all playing at Showcase Cinema De Lux – Patriot Place, the theater adjacent to Gillette Stadium. 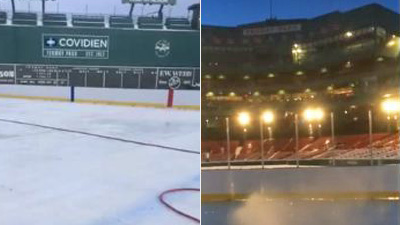