The Dolphins seemed to be dead in the water earlier this season, as a bullying scandal seemed to affect the team both on and off the field. Guard Richie Incognito was at the center of the controversy, and, even as he now watches from the couch, he’s excited about Miami’s sudden turnaround.

Incognito, who was suspended by the team in early November, has agreed to stay away from the team through the end of the season, when he’ll become a free agent. Although he laments not being out on the field, Incognito is still rooting for the Dolphins as they make a playoff push this season.

“Even though I’m away from the team, it doesn’t change the fact that I’m still pulling for my guys,” Incognito told NFL Network’s Jeff Darlington on Tuesday. It’s surreal to be watching from a distance, but I understand the situation. It’s tough to watch — but it’s also really fun. I’m watching my brothers out there playing ball, and I’m pulling for them.”

Incognito last played for the Dolphins in a 22-20 win over the Bengals in Week 9. Days later, the team suspended the Pro Bowl guard indefinitely for his alleged bullying of teammate Jonathan Martin, who left the team on his own accord just days earlier.

While the controversy interrupted the daily flow inside the Dolphins’ locker room, teammates consistently supported Incognito publicly in relation to the bullying accusations. Incognito appreciated the support, and he’s giving it right back to the guys, even noting that he talks to some players every day and even chats with some of the Dolphins coaches, too.

“I love these guys,” Incognito said. “I talk to them every single day, so I feel like I’m out there with them in spirit. I talk to the coaches after the game, the players.”

Incognito is still waiting to hear back from the NFL, which is conducting an in-depth investigation into his role in the bullying situation. While he awaits their findings, though, Incognito says he will continue to cheer on his team.

“I’ve done everything to cooperate,” Incognito said. “I’ve done my part, I’ve told my side, and that’s it. I told them everything I know — all of the information I’ve got — and I’m just waiting for the report. In the meantime, I’m just cheering my guys on.”

It’s unlikely that Incognito will be back with the Dolphins next season, with reports indicating that he and Martin have both played their final games with the team. 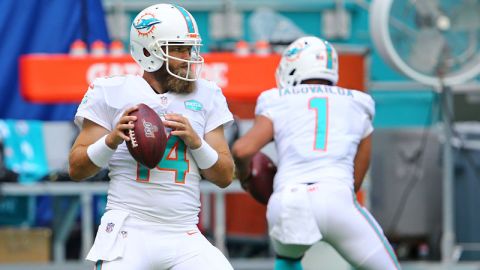 Ryan Fitzpatrick Apparently Was Devastated By Dolphins Benching Him 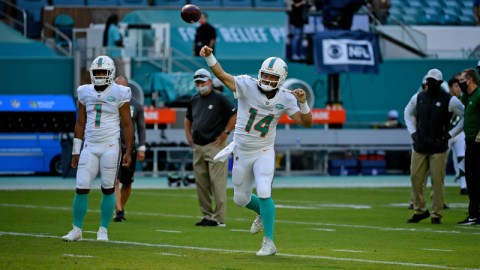