FOXBORO, Mass. — Stevan Ridley isn’t starting yet, but New England Patriots head coach Bill Belichick is showing confidence in his running back by playing him at the most important part of the game: the end.

Ridley was expected to have a breakout season after bursting onto the scene as a starter in 2012. Had he improved on his 1,263 yards and 12 touchdowns from 2012, he likely would have been considered in the upper echelon of NFL running backs.

However, his fumbling reached a critical point in Week 12.

Ridley fumbled in three straight weeks, and it resulted in the third-year pro being placed on the bench for the rest of the Patriots’ matchup against the Denver Broncos and all of their Week 13 win over the Houston Texans. Ridley started to be trusted with limited snaps against the Cleveland Browns — when New England was attempting a comeback — and the Miami Dolphins — when the Patriots were trying to hold on to a lead and failed. But he was truly counted on to take the bulk of the team’s carries during a four-plus minute drive Sunday, when the Patriots were leading the Baltimore Ravens 20-7 midway through the fourth quarter.

Ridley’s not shying away from his mistakes. He knows how he wound up on the bench, and he knows how to fix it (“Hold on tight, man”).

“For me, it wasn’t what I wanted, but I know why I got there,” Ridley said about being benched. “It wasn’t like coach woke up and was like, ‘Let’s bench Stevan Ridley today.’ I put myself there. It’s about not letting past mistakes hold me down. I think that life brings you that. You’re gonna have adversity. You’re gonna have stuff that you’re gonna go through. It’s how you bounce back from it as a person. I love what I do, I love the sport that I play. I can’t sit on the past, whether it’s success or whether it’s something that I don’t want.”

It will be tough for Ridley to overcome the fumbler reputation he has earned. It probably did not help Ridley’s confidence early in the season when Bill Belichick kept benching him for coughing up the ball, but the head coach rightfully only cares about winning. Belichick explained last week that the team cannot accept “below-the-line” performances.

“Everybody has to understand that there?s a below-the-line level,” Belichick said. “When it?s below the line, we can?t live with it. It hurts the team. Now, we?re all going to make mistakes, and nobody makes more of them than I do. I understand that mistakes are part of the game. I?ve been in it long enough to know there?s no perfect player, no perfect game or practice — if you go out there and compete against high-level competition, that they?re going to make some plays too. But there?s a below the line, and we just can?t live with that and expect to win. That?s the bottom line. Things are going to happen that are below the line that we have to correct, but we have to stay above the line.”

Ridley was playing “below the line.” He had the opportunity to get over that line against the Ravens. By not fumbling and by running hard, Ridley did just that.

Ridley might not earn that starting job back, since Blount is doing a pretty good job with it, but it’s showing that Ridley was trusted in the final minutes to run down the clock. A fumble would have let Baltimore back into the game.

“Yeah, it was better than being on the sidelines,” Ridley cracked.

Ridley is taking his fumbling seriously, too. He talked to some old friends to see if they could help solve his problem.

“I talked to [Kevin] Faulk. Faulk met me down in Texas,” Ridley said, referring to the former Patriots running back. “I got to talk to him for a long time. He told me some things I need to hear. I also talked to my high school coach David King down in Nachez (Miss.). I just talked to people I knew, who had my best interests in mind.”

Ridley’s taking a very Belichickian approach to the season. He’s just concentrating on the games ahead and not letting the positive or negative moments affect him.

“The bad times will pass, too, just like the good ones,” Ridley said.

After fumbling in three straight games, Ridley now has gone three games without putting the ball on the ground. He won’t replicate last year’s impressive stats, but at least he’s ending the season on a positive note. 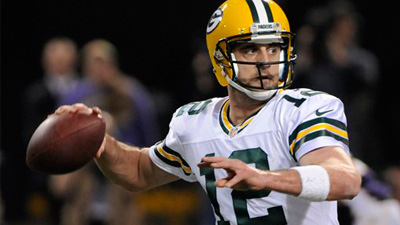