Syracuse is headed back to a bowl game for the second straight year, and SB Nation’s Syracuse blog Troy Nunes is an Absolute Magician is so excited about the game that it’s giving back.

The Syracuse football team will head to Houston to play Minnesota in the Texas Bowl on Dec. 27, and Nunes Magician decided to raise money to help send 200 local Houston kids from the YMCA and the Depelchin Children’s Center to the game. However, the blog’s initial fundraising goal of $12,000, which originally had a deadline of Friday, was reached by Tuesday morning.

The Texans, who host the bowl game at Reliant Stadium, are doing their part for the cause, too. After learning of the blog’s outreach initiative, the Texans dropped the price of tickets from $50 to $20 to help accommodate more kids.

The original plan was for the blog to use the money to buy tickets, hot dogs, sodas and Syracuse T-shirts for 200 kids. The overwhelming response inflated that number to 500, though, and the blog is now hoping to raise enough money to send more than 1,000 kids to the game. The only issue is finding enough Houston youths to actually fill the spots.

While the holiday spirit certainly hasn’t been lost on the blog, this isn’t the first time that Nunes Magician has done something charitable. In fact, it has provided nearly 80 local Syracuse kids with tickets twice before, sending them to Syracuse home games at the Carrier dome.

Masahiro Tanaka Says He Wants to Move to MLB Next Year, But Japanese Team Unwilling to Let Him Leave 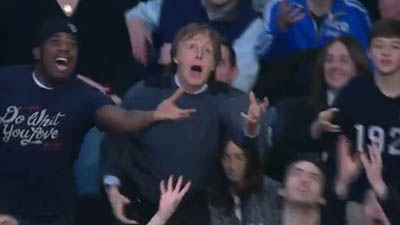