Vote: Which Ravens Weapon Should the Patriots Be Most Concerned About? - NESN.com Skip to content The Patriots and Ravens know each other quite well, having played one another three times in the last 23 months. So, Sunday won’t be anything new for either team.

The Ravens are one of the hotter teams in the NFL  right now, winning four straight and five of their last six to reclaim a place in the AFC playoff picture. Baltimore’s offense hasn’t exactly been superb this season, averaging just 21.1 points per game, which ranks them 25th in the NFL. Even with this year’s offensive letdown, the Ravens have still managed to torch the Patriots of late, scoring 26 points per game in their last three meetings with New England.

While Joe Flacco continues to toil in the midst of arguably his worst NFL season, the Ravens do still have some dangerous weapons that the Patriots will need to keep close tabs on Sunday.

Ray Rice is having his worst season in recent memory, averaging a career-low 3.1 yards per carry and is on pace to finish short of 1,000 rushing yards for the first time in five seasons, but he’s still capable of breaking off for big gains at a moments notice. On more promising notes, Torrey Smith has firmly established himself as the Ravens No. 1 receiver with the best season of his career, and Jacoby Jones continues to be a pester to opposing teams as both a receiver and a return man. And tight end Dennis Pitta returned from injury recently, even making his presence felt already with a touchdown last week.

With the Patriots needing to rebound from a rough loss in Miami in order to clinch a playoff spot in the AFC East, they’ll need to focus in on stopping all of the Ravens’ playmakers. But which Ravens weapon do you think the Patriots should be most concerned about on Sunday? Let your voice be heard in the poll below. 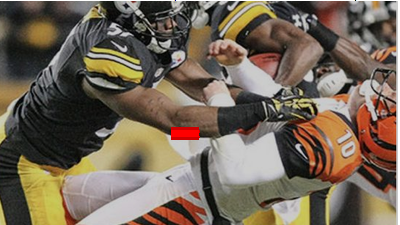