When players? complaints about the heat fail to sway umpires at the Australian Open, sometimes the next best move is to egg ?em.

The world?s best tennis players are moaning about the conditions Down Under, but it?s not the usual rain delays or court care that has them worried. Temperatures have risen as high as 109 degrees at Melbourne Park, and officials have been slow to stop matches as players struggle to continue.

The tournament?s ?Extreme Heat Policy? was finally used around 2 p.m. Thursday (Australia time), with all matches being suspended until the evening, or until roofs could be closed over the courts that have them. The Open hasn?t stopped play for heat since 2009.

While players could be seen dousing themselves with water to try to stay at it, perhaps the most convincing argument came when a large frying pan was brought to the side of a court. A couple of eggs were dropped in, and, if the photos can be believed, the heat was enough to get the breakfast food close to edibility.

Check it out in the photo below, tweeted by world No. 10 Jo-Wilfried Tsonga. 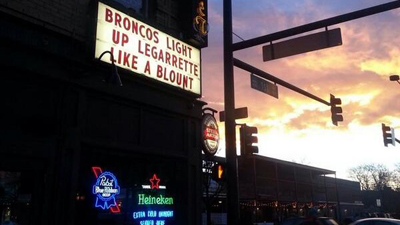