Belichick was spotted down in Mobile, Ala., for the Senior Bowl with Patriots director of player personnel Nick Caserio. Belichick said on Monday that he would probably head down to Alabama for the college all-star game.

Many of the draft’s top senior prospects participate in the Senior Bowl. It’s a week-long event where many teams will send scouts and coaches to meet with players and watch them practice.

Belichick was seen enjoying some local fare at Wintzell’s Oyster House in downtown Mobile. Check out the paparazzi-style photograph of Belichick and Caserior in the photo below. 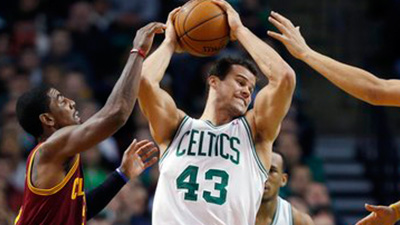 Kris Humphries Says He Wants To Remain With Celtics, ‘I Like Boston’