The United States roster for the men’s hockey tournament at the 2014 Winter Olympics in Sochi was announced Wednesday, and several star players were left off the team.

The blue line was a particular point of emphasis, with veterans such as Keith Yandle and former Olympians including Jack Johnson and Erik Johnson not selected to the final 25-man squad.

Here’s a look at the biggest snubs from the 2014 Team USA roster.

Yandle is one of the best power-play defensemen in the NHL, and his exceptional playmaking skill, shot from the point, skating ability and experience would have been real assets to Team USA. His offensive-minded skill set is a perfect fit for the larger international ice surface that will be used in Sochi.

One knock on the Coyotes defenseman is his defensive skill, and while he’s not a shutdown defender, Yandle is capable of playing major minutes against quality competition. He’s had a positive plus/minus rating in four of the last five years and has excelled on one of the NHL’s most defensive-minded teams for his entire career.

Pittsburgh Penguins veterans Paul Martin and Brooks Orpik, who are both older and slower than Yandle, made the team. Martin is currently on injured reserve after breaking his leg in November.

This is the most glaring omission from the 2014 squad.

Ryan is an elite scorer (four 30-goal seasons) with the speed and skill required to dominate in international competition. He leads the Senators in scoring with 36 points, and his 18 goals are the 11th-most in the league. He also ranks fifth among all American forwards in scoring. Ryan’s 129 goals since the 2009-10 season are the second most among American-born players behind the Maple Leafs’ Phil Kessel.

Brian Burke, the man who drafted Ryan in Anaheim and now serves as president of hockey operations for the Calgary Flames, provided some interesting comments on his former player.

As a power forward with a high level of offensive skill and previous international experience, Ryan’s omission from the final roster is a strange one.

Bishop has been exceptional for the Lightning this season, and his consistently strong performance is a primary reason why the team has remained in the playoff race without elite center Steven Stamkos.

Jimmy Howard of the Detroit Red Wings made the final roster despite a 6-9-7 record, a .906 save percentage and a 2.76 GAA. Howard has more NHL experience than Bishop, but the Lightning netminder has been a far better and more consistent player this year.

Bishop didn’t play well at last year’s World Championships, and that may have been a factor in the construction of Team USA’s Olympic roster.

Johnson was on the 2010 squad and seemed to be a lock for the final Team USA roster heading into the 2013-14 NHL season, but he hasn’t played at the level of a legitimate No. 1 defenseman, and it may have cost him a trip to Sochi.

Despite his struggles, Johnson’s previous Olympic experience would have been a quality addition to the American squad. He’s also represented the United States at 11 international tournaments, including the 2012 World Championships team he captained. His playmaking skills, scoring, speed and ability to quarterback a power play would translate well to the larger ice surface.

Johnson was one of two players who failed to make the final roster after competing in the Vancouver Games and taking part in last summer’s orientation camp.

The Blackhawks winger was a Calder Trophy finalist last season and played a key part in the team’s run to a Stanley Cup title. The 21-year-old forward has played even better in his second NHL season with 30 points (14 goals, 16 assists) in 42 games.

Saad not only provides offense, but he’s also a reliable player in the defensive zone and is trustworthy enough to be on the ice late in games. He’s also a fundamentally strong player with the speed and skating ability needed for international competition. 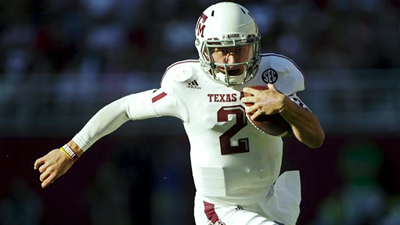