Linebacker Brandon Spikes has joined defensive tackles Vince Wilfork and Tommy Kelly and fellow linebacker Jerod Mayo on injured reserve. Head coach Bill Belichick had put the pieces in place to form a top-tier unit reminiscent of the defenses that dominated in New England from 2001 to 2007. Those players were only on the field together for three weeks, however.

The team is far past the point of asking “what if?” at this point. Now, the Patriots must move on to the playoffs with the players who are left, and at linebacker, that’s Dont’a Hightower, rookie Jamie Collins and Dane Fletcher.

Spikes’ placement on injured reserve hurts the Patriots’ run defense, but only in theory. Spikes’ play has suffered over the past three weeks as he’s dealt with a lingering knee injury. That injury reached a critical point in Week 17 against the Buffalo Bills, when Spikes had to come out of the game, but it had started to affect his play weeks prior.

By Week 17, Spikes was not moving as briskly, he wasn’t generating as much power from his lower body and his change of direction had slowed down. It was admirable that he was still able to play at all, but it forced the question: At what point is the reserve better than the injured starter? The answer is apparently the divisional round of the playoffs.

Spikes won’t be replaced specifically by one player, but Hightower, Collins and Fletcher will all see more playing time. In New England’s “regular” 4-3 defense, Fletcher will likely become a starter.

Going into and coming out of training camp, it was obvious the Patriots had a deep group at linebacker. Mayo, Hightower and Spikes would be the starters, but Fletcher and Collins looked like they could start for plenty of NFL squads, too. That depth has been tested, and the group has continued to play at a high level. But now it’s down to rookie Steve Beauharnais and special teamer Chris White as reserves.

The Patriots would not have had that quality depth at the position if Belichick and director of player personnel Nick Caserio had not traded their first-round pick in the 2013 NFL draft for second-, third-, fourth- and seventh-round picks. New England drafted Collins, cornerback Logan Ryan and wide receiver Josh Boyce and traded the seventh-rounder and kick returner Jeff Demps for running back LeGarrette Blount. The Patriots have needed Collins all year. And now they’ll need the fifth-stringer, Fletcher, to replace Spikes.

Replacing Spikes with Fletcher and Collins will no doubt hurt New England’s run defense, but the Patriots could see an improvement against the pass. Spikes has always shown quality instincts in pass defense, but his speed limits his ability.

Fletcher is the most likely replacement for Spikes, but New England does have two other possibilities.

Defensive end Rob Ninkovich played strong-side linebacker in 2011. He could move back to linebacker in the “regular” seven-man front with Andre Carter coming off the bench to play left defensive end. That’s only if Belichick determines Carter is a higher-rated defender than Fletcher, regardless of position. The Patriots’ pass rush would likely suffer in this situation.

The Patriots could also go back to a 3-4 “regular” front. That would likely put Hightower and Collins at inside linebacker with Ninkovich and Chandler Jones at outside linebacker. Chris Jones, Sealver Siliga and Joe Vellano would likely play on the defensive line. When New England utilized a 3-4 earlier in the season, everyone’s play suffered a bit, especially Hightower’s and Chandler Jones’. The run defense got better when the Patriots went to a 4-3.

Spikes’ injury would have affected the team considerably more if his knee hadn’t already been limiting him for weeks. It seemed that New England was delaying the inevitable by continuing to trot him onto the field. Spikes will surely be missed, but he’s been missed for weeks.

Report: David Moyes Given Power of Manchester United Purse to Rebuild Squad in 2014 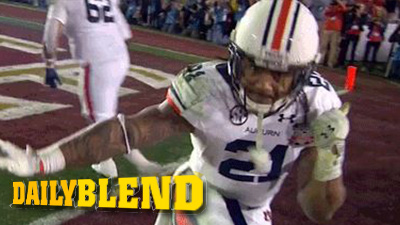