Evan Turner dropped in a contested layup as time expired to give Philadelphia (15-31) a heart-wrenching victory over the Celtics (15-33). After Kris Humphries missed a baseline jumper, the Sixers got the ball and opted not to call timeout. They raced upcourt, gave the ball to Turner, and he went to work on Jerryd Bayless.

Jared Sullinger had 24 points and 17 rebounds in the losing effort. The Celtics now hold sole possession of last place in the Atlantic Division in both win percentage (.313) and losses (33).

Fourth quarter, :20, Celtics 94-93: Evan Turner got Brandon Bass on a switch, and despite pretty good defense, Bass was whistled for a foul. Turner went to the line and, keeping the theme of this fourth quarter, hit just one of two.

The Celtics can’t hold the ball the rest of the game, so they’ll have to make a play to keep Philly from being able to win it with a last-second shot.

Fourth quarter, :42, Celtics 94-92: Nobody seemed to want the lead — except Kris Humphries.

After MCW, Bayless and Thaddeus Young combined to miss six out of eight free throws, Hump muscled in and tipped in a missed tip by a Celtic — it was tough to tell who — to give Boston the lead.

Fourth quarter, 2:40, Celtics 92-90: Brandon Bass has made several nice defensive plays, and he may have just made his biggest one of the game. With the Celtics clinging to a two-point lead, Bass went up and stuffed a dunk attempt by Spencer Hawes with two hands.

The block started a fastbreak, with Bass in perfect position for a dunk if Jerryd Bayless made a simple bounce pass. Bayless didn’t, though, leading to a turnover when Jeff Green threw the ball out of bounds.

In that one moment, Rajon Rondo was missed more than ever.

Fourth quarter, 4:31, Celtics 90-88: Chris Johnson has supplied not just flash, but also solid defense and tough work on the glass, where he has five rebounds. He’s following the example set by Jared Sullinger, who has 22 hard-earned points and 11 physical boards.

There are some cracks for the Celtics, though. Kelly Olynyk missed a soft layup, then matadored James Anderson on defense, giving the Philly guard a wide-open dunk to pull the Sixers within a basket.

Johnson, serving his second 10-day contract with the team, has helped the Celtics open up a six-point advantage with a pair of corner threes. The Celtics have opened the fourth quarter on a 13-4 run, bookended by Johnson’s threes, but including big baskets by Jared Sullinger, Phil Pressey and Jeff Green.

Green’s 3-pointer from the left wing gave him his first points since the first quarter while giving the Celtics a 79-76 lead they’ve only built on since.

End of third quarter, Sixers 74-71: Finally, the Celtics got over their three-point bugaboo. Kelly Olynyk tipped in a miss by Phil Pressey and, just like that, the Celtics were within a point. Their long slog back against an underwhelming opponent was almost complete.

Then, since this is how the game has gone, the Celtics immediately gave up a layup to Tony Wroten and the deficit was three points again.

There are still 12 minutes left for the Celtics to get right. Jeff Green, who still hasn’t scored since his 13-point first quarter, could make a lot of folks at TD Garden happy if he woke back up now. It will probably have to fall to Jared Sullinger, though, who has 18 points and nine rebounds, leading Boston in both categories.

Third quarter, 2:47, Sixers 70-63: Evan Turner gets maligned for being a less-than-perfect player — it’s sort of like a rite of passage for Philly sports stars — but he’s still a darn good player. Turners having a rough shooting night, going just 4-for-14 from the floor so far, but he’s hit some big baskets to stop the bleeding for his team.

In addition to 10 points, he also has seven assists, the most of anyone in the game, with no turnovers. He just hit a big layup to push Philly ahead by seven after the Celtics had closed within three points several times.

Third quarter, 8:33, Sixers 61-56: Mostly thanks to the Sixers just not being very good, the Celtics are far from being out of this ball game. It will take more than just a few brief flurries to get over the hump, though.

The Celtics have done enough in spurts to stay close, with Sullinger and Bass challenging the Sixers inside to begin the second half. Both had tough buckets near the hoop and Sixers coach Brett Brown burned a timeout to regroup.

Knowing the ebbs and flows of this game, though, Brown doesn’t have to be too worried. Another Sixers run and Celtics drought is upcoming soon.

Halftime, Sixers 53-47: Despite a big first quarter by Jeff Green and a strong second quarter by Jared Sullinger, the Celtics have turned the ball over too often to stay competitive with even an underwhelming squad like the Sixers.

Green dropped all 13 of his points in the first quarter before Sully scored six of his 13 points in the second. But 11 turnovers have been costly, particularly for a team shooting just 35 percent from the field.

Spencer Hawes leads Philly with 10 points, although the Sixers’ scoring has been remarkably balanced. Eight Sixers players have at least four points, but none more than Hawes’ 10. Philly is reaming the Celts inside, too. The Sixers outscored the Celtics 16-6 in the second quarter and have outscored them 32-18 in the game.

Second quarter, 3:39, Sixers 48-34: Forget the defense, apparently. It’s sort of hard to stop the other team from scoring when you’re continually giving them the ball for fastbreak layups.

James Anderson finished a nifty reverse layup to give Philly its largest lead of the game and force a timeout by Brad Stevens. Double-digit deficits against the Thunder are one thing. Even the Knicks is somewhat understandable, since New York can get hot sometimes.

But this is the Sixers, the only team below Boston in the Atlantic Division standings.

Second quarter, 5:58, Sixers 38-32: The Celtics are still misfiring on 70 percent of their field goal attempts, so offense probably isn’t the answer for them tonight. They’re going to have to turn to defense, like Brandon Bass rejecting a short jumper attempt by Evan Turner.

The Celtics have blocked four Philly shots, but have forced just three turnovers. They’ve committed nine of their own, helping the Sixers — who are shooting just 37 percent — take advantage despite their own poor shooting.

Second quarter, 8:30, Sixers 33-26: Spencer Hawes might not be the traditional sharpshooter, but the big man can knock down a triple.

Hawes is a 41-percent 3-point shooter and takes four treys a game, making him a bona fide long-range threat. He canned two on consecutive possessions to open a 10-0 run to give Philly the lead.

End of first quarter, Celtics 26-23: Jeff Green hasn’t exactly followed up his 39-point explosion in Washington with a couple of gems. He’s totaled just 38 points in the three games since that outburst against the Wizards and has looked completely disengaged at times.

He looks like he’s back in the zone tonight. Green has 13 points on 3-for-5 shooting and 6-for-8 foul shooting to lead the Celtics into the lead. He even banked in a half-court heave at the end of the first quarter, but the ball left his hands after the buzzer sounded.

First quarter, 5:55, Sixers 12-10: Phil Pressey seldom has a favorable physical matchup against his opponent. But MCW might be the worst or the worst.

MCW, at 6-foot-6 and all arms, has done about what you’d expect against the 5-foot-11 Pressey. MCW has hit his first two shots over the much smaller defender to help Philly get out to an early, if slim, advantage.

Jared Sullinger, who doesn’t have a favorable matchup against 7-foot-1 Spencer Hawes, is doing OK, though. Sully’s been active early by taking five shots — making three — and tearing down three rebounds against the much bigger Hawes.

7:35 p.m.: Michael Carter-Williams is a native guy, having grown up in Hamilton, Mass., and bolting for Rhode Island for his final two years of high school. In his first game at TD Garden — Syracuse played a tournament game here in which he didn’t play — MCW got a nice hand from the home-state crowd.

6:20 p.m.: Your regularly scheduled Rajon Rondo Show will not be seen tonight. Instead, please enjoy this special episode of the Phil Pressey Program.

Pressey will start at point guard for the second time in four games as Rondo rests his surgically mended right knee against the Sixers. There have been no setbacks in Rondo’s recovery, but Celtics coach Brad Stevens decided after conferring with head trainer Ed Lacerte to sit down Rondo as a precautionary measure.

That means Pressey will be matched up against Michael Carter-Williams, a much bigger and much more heralded rookie point guard. MCW could have a sizable cheering section in the stands as the Hamilton, Mass., native plays for the first time in his home state.

At stake in the matchup between the Boston Celtics (15-32) and the Philadelphia 76ers (14-31) is no less than last place in the Atlantic Division. As mediocre as the Atlantic has been all season — the Toronto Raptors are the only team in the division above .500 — the Celtics and Sixers are in danger of owning the worst record in the group. It’s not a label either team wants.

Both teams can claim the other is actually in last place: The Sixers are technically last mathematically with a .311 win percentage, while the Celtics are last due to having the most losses. (It says here the loss column is always more relevant than win percentage.) But this game is about more than pride. It’s also a return for Sixers coach Brett Brown, a South Portland, Maine, native, and point guard Michael Carter-Williams, who grew up in Hamilton, Mass., and finished his high school career in Rhode Island. 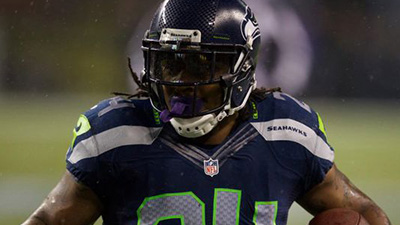 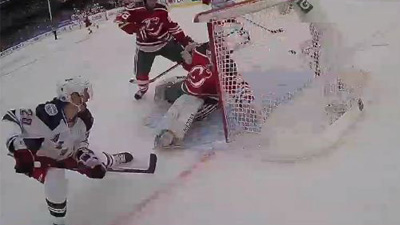