All eyes are on the NFL this week, but the New England Patriots are only a minuscule part of the storyline.

Seattle Seahawks coach Pete Carroll and Denver Broncos wide receiver Wes Welker have been asked about the Patriots, since they both have histories in New England. Carroll coached the Patriots for three seasons, and Welker played five seasons with New England. Neither seems very excited to discuss the past, however.

As Broncos and Seahawks fans are looking forward to Sunday, Patriots fans are eyeing free agency, the NFL draft and the 2014 season.

Most of this week’s mailbag questions are focused on the future. Let’s get into it.

Would you sacrifice Danny Amendola if it meant keeping Julian Edelman?
–@DrewTabori

I don’t think the Patriots need to “sacrifice” wide receiver Danny Amendola to sign free agent wideout Julian Edelman. The two players can co-exist in the offense, and cutting Amendola wouldn’t free up enough cap room to make it worthwhile.

According to Miguel Benzan of PatsCap.com, the most cap room the Patriots could possibly free up by cutting Amendola would be $2.88 million. They would have to cut him before 4 p.m. March 11 and make him a June 2 designation. That sounds like a decent enough plan, but the Patriots would still have a cap hit of $3.6 million in 2015.

If the Patriots wait until the end of next season to cut Amendola, not only do they get another year with a receiver whom quarterback Tom Brady proved to have some chemistry with in 2013, but they would also completely free up his contract for 2015. His deal is not guaranteed past two seasons.

The Patriots still have to pay Amendola $6.8 million. They either have to get that out of the way this year, while he’s playing on the team, or split it up between the next two seasons if they cut him — meaning the Patriots would pay Amendola to play for another team.

The Patriots still could elect to keep Amendola for his full five-year contract. He wasn’t bad at all in 2013 and will be even better with a fully healthy groin and better chemistry with Brady.

It’s highly important to sign Edelman, but the Patriots could backload his contract and keep both players.

Do you think Bill Belichick will ever get off his anti-Wes Welker infatuation? Or will Belichick turn into Woody Hayes?
–@IamSauerkraut

Well, I don’t see Belichick pulling a Hayes and punching out Welker. But if the two didn’t get along for six seasons in New England, and if Belichick was willing to put himself in headlines by calling out Welker’s hit in the AFC Championship Game on Aqib Talib, then I don’t see the two exchanging Christmas cards in the near future.

Welker said Tuesday during Super Bowl XLVIII Media Day that he and Brady exchange texts after games. It’s nice to see their relationship didn’t disintegrate after Welker left for blue and orange pastures.

Will the Patriots draft one of the four first-round-grade tight ends?
–@JovieSulliy

Washington’s Austin Seferian-Jenkins is rated as a second-rounder by NFL Draft Scout, and Notre Dame’s Troy Niklas is currently rated as a second- or third-rounder. Obviously those ratings can change, and they don’t always accurately predict the draft.

You can read up on and watch this year’s top tight end prospects here.

Do you think the Patriots would cut Vince Wilfork for Michael Johnson or Michael Bennett? Sealver Siliga and Wilfork would basically be impossible to run on, though.
–@Patriotsfan_81

I don’t think the Patriots will cut defensive tackle Vince Wilfork, but with a cap figure of $11.6 million, it’s not out of the realm of possibility — as crazy as that sounds.

The Patriots have to do something about his contract. That means either committing to him for the future by extending him or cutting him if the two sides can’t agree on a deal. The Patriots also could cut Wilfork with the hopes of re-signing him to a more cap-friendly deal. Wilfork is only signed through 2014, and cutting him would free up $7.5 million.

There’s no way the Patriots can sign free agent defensive ends Michael Johnson or Michael Bennett without at least restructuring Wilfork’s contract. Even if they do, either player will demand a large contract. Johnson’s sacks were down after being franchised by the Cincinnati Bengals in 2013, but he still played well. Bennett was one of the NFL’s best defensive players this year. The Seattle Seahawks will likely do anything they can to bring him back next season.

Wilfork and Sealver Siliga would be a force against the run, but the Patriots need a defensive tackle who can pressure the quarterback. That’s what they sorely lacked in 2013. 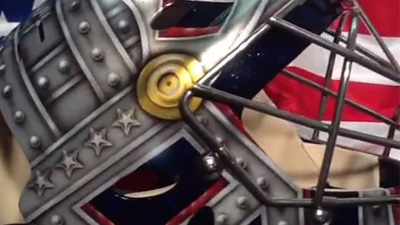 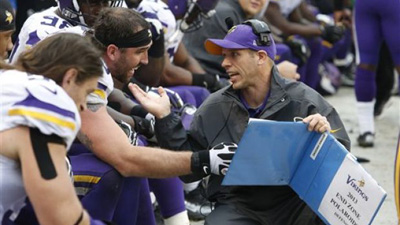