Rajon Rondo‘s future with the Boston Celtics is wildly uncertain, but the team has made a preliminary attempt to lock up the point guard long-term.

Celtics president of basketball operations Danny Ainge told 98.5 The Sports Hub’s Toucher & Rich on Thursday that the team has discussed a contract extension with Rondo, but that a deal will not be finalized anytime soon.

?We did talk to Rondo about extending him,? Ainge said. ?But that?s all part of the negotiation that will happen again this summer and most likely the summer after. I don?t know [if he will sign an extension]. Time will tell.

?In the collective bargaining agreement, there are limits on what can and can?t be done. Really, it?s not that Rondo doesn?t want to accept an extension, but it?s just not financially smart for him to accept it right now. We didn?t think he would [sign], but we did try.?

Rondo, whose contract expires at the end of next season, returned to the Celtics’ lineup last Friday after ACL surgery forced him to miss nearly a full calendar year. He averaged 22 minutes in his first three games before being held out of Wednesday’s win over the Washington Wizards, the second game of a back-to-back.

Ainge did not divulge details of the team’s negotiations with Rondo but said he expects the four-time All-Star to command “star money.”

Glen Johnson Out ‘Indefinitely’ After Playing Through Pain In 2013-14 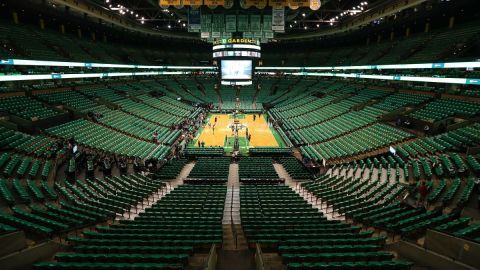