David Ortiz should soon stake claim to another honor.

MLB Network is determining the “Face of MLB” via a bracket-style tournament, and fans on Twitter were asked Thursday to nominate which player they think is the “Face of the Red Sox.” Not only should Ortiz be considered Boston’s top dog, but you’d also be hard-pressed to find a better “Face of MLB” candidate across the entire league.

Apologies in advance to Dustin Pedroia and Jon Lester, but Ortiz is the guy on the Red Sox, and it’s not even close. It’s rare that an athlete entering his late 30s sees his star status rise, especially when that athlete is already a legitimate superstar, but that has been the case with Big Papi. The 38-year-old slugger reached new heights in 2013, as he enjoyed an incredible campaign en route to the Red Sox’ third World Series title in 10 years (with Ortiz an integral part of each championship). Ortiz officially is one of the biggest stars the game has ever seen.

Ortiz’s whirlwind year was capped by one of the most dominant postseason efforts in MLB history. Boston’s longtime designated hitter batted .688 (11-for-16) with two homers, six RBIs, a .760 on-base percentage and a 1.188 OPS in the World Series against the Cardinals. Even though Lester — 2-0 with a 0.59 ERA in two World Series starts — deserved co-MVP consideration following the Fall Classic, Ortiz’s performance was a sight to behold and further evidence that he belongs in the Hall of Fame when his illustrious career ends.

It might be a few years before Ortiz hangs up his cleats, though, as the 17-year veteran is still at the top of his game. Ortiz, who is one of baseball’s few true designated hitters, hit .309 with 30 homers and 103 RBIs in 137 regular-season games before embarking on his memorable October run, which, in addition to his dominant World Series, included one of the most iconic home runs in Red Sox history. Ortiz’s grand slam in Game 3 of the ALCS against the Tigers changed the complexion of the series and gave Boston another reason to believe that a championship was inevitable in 2013.

Ortiz’s star status is magnified by his clutch heroics, and his propensity for thriving on the national stage supports his case for being considered the “Face of MLB,” let alone the “Face of the Red Sox.” The nine-time All-Star has become a legitimate celebrity even beyond the baseball realm, however, and his annual golf tournament in the Dominican Republic — now a who’s who event — proves such. Perhaps only Derek Jeter is as recognizable to the most casual of fans, and the Yankees shortstop’s stock has begun to drop amid his diminished production while Ortiz’s stock has risen amid Boston’s return to prominence.

From the wide smile and infectious personality to being as calm, cool and collected as those who frequent red carpets, Ortiz has everything you look for in a superstar. Big Papi is hands down the “Face of the Red Sox.” Soon enough, he might be called the “Face of MLB.” 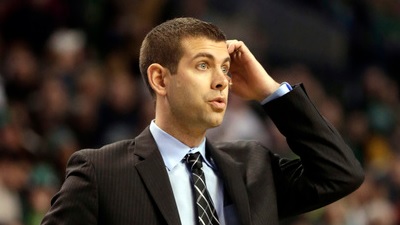