The Nashville Predators made a move Wednesday to try to improve at goaltender while Pekka Rinne continues to recover from hip surgery, which has kept him out since late October.

Later Wednesday, the Oilers acquired Ben Scrivens, the backup goalie for the Los Angeles Kings, in exchange for a third-round pick in the upcoming draft. The Kings also recalled goalie Martin Jones from the AHL on Wednesday.

Nashville general manager David Poile said he wanted to make it clear the trade had nothing to do with Rinne’s status and that the Predators still have no timetable of when the two-time Vezina Trophy finalist is going to come back. The Predators have used Carter Hutton and rookie Marek Mazanec since Rinne had surgery Oct. 24 for an infection in his hip.

“Dubnyk gives us a chance to be a little bit better, going with the guy that’s clearly had a lot more experience, clearly been a No. 1, has won a lot of big games in his career,” Poile said. “It’s a chance if you will, it’s an opportunity if you will, to try to improve our hockey club at this time.”

The Predators are 20-21-7 and eight points out of the final wild-card spot in the Western Conference.

Poile said he really believes Rinne is coming back and working hard right now. But the Predators do not have a date for his return, having played 48 games already this season, and Rinne was cleared to start weight-bearing exercises only late last week.

“If there is any setback in any way, shape, or form, I think we’ve clearly got ourselves an insurance policy for someone that could be here next year,” Poile said of Dubnyk. “If you want to think worst-case scenario, he is a No. 1. If you want to think he could be part of the package for a 1-2 combination next year, maybe we are getting a head start on that.”

The trade also helped the Predators get rid of the four-year contract they signed Hendricks to last July for $7.4 million. Hendricks, 32, played in 44 games for Nashville this season but had only four points.

The Oilers will now look to shore up their goaltending with Scrivens, who went 7-5-4 over 19 appearances in his only season with the Kings, who acquired him from Toronto last summer in a deal including goalie Jonathan Bernier. 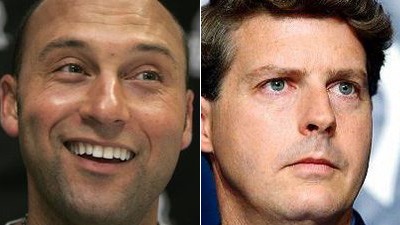