If Sunday’s Boston Celtics game doesn’t get you going as a warm-up for Super Bowl XLVIII on Sunday, then there are two NHL games also on the schedule: Detroit Red Wings at Washington Capitals and Winnipeg Jets at Montreal Canadiens. Both will feature Live Betting at Bovada and there are a handful of cross-sport props from those games against the Super Bowl.

There are two from the Wings-Capitals involving three-time MVP Alex Ovechkin. Which will be higher: his total points against Detroit (+120) or the number of sacks Seattle has against the Broncos (-150)? There’s also Ovechkin’s shots on goal versus catches for Wes Welker (both -115).

Ovechkin averages just over a point a game this season with an NHL-leading 38 goals to go with 17 assists. He also leads the league by far with 273 shots. The Russian recently returned from missing two games with a groin injury and had a goal and an assist Saturday in Montreal. He followed it with two goals and two assists in Tuesday’s 5-4 overtime win at Buffalo, his 14th multipoint game of the season. Washington played at Detroit earlier this season and Ovechkin had one goal on five shots.

The Seahawks were tied for eighth during the regular season with 44 sacks. They have three in two playoff games. The Broncos don’t allow many sacks because Peyton Manning gets rid of the ball so quickly. He didn’t get sacked by San Diego or New England in these playoffs. Welker, meanwhile, had 73 catches in 13 regular-season games and 10 in two playoff games.

Also an option is the number of goals in the Red Wings-Capitals game (even) against the catches for Broncos No. 1 receiver Demaryius Thomas (-130). Washington is 14th in the NHL at 2.74 goals per game, while Detroit is No. 20 at 2.49. Thomas led Denver with 92 regular-season catches — game-high of 10 — and has 15 in two playoff games. He’ll be up against the NFL’s No. 1 secondary and likely shutdown corner Richard Sherman.

You can bet the total goals scored in the Jets-Canadiens game (even) against the catches for Denver tight end Julius Thomas (-130). Winnipeg is No. 15 in scoring at 2.73 goals per game, while Montreal is 24th (2.42). The teams have met once this season, a 3-0 Habs win on October 15. Thomas had 65 catches during the season and 14 in the playoffs. You can also get the total goals (even) against the receptions for Denver running back Knowshon Moreno (-130). He had 60 grabs during the year and three in the postseason.

How about number of saves by Montreal’s Carey Price (-115) against the total passing attempts by Seattle’s Russell Wilson (-115)? Price is No. 4 in the league with 1,183 saves or 27.5 per game. He had 36 in the first meeting with the Jets. Wilson averaged only 25.4 attempts during the season.

Finally, the minutes played by Canadiens star defenseman PK Subban (even) against Denver’s total points (-130). Subban averages 25:06 of time on ice per game. The Broncos set an NFL record by averaging 37.9 points in the regular season but are down to 25.0 in the playoffs.

Shane Victorino Motivated By Playing In Boston: ‘I Love It’ 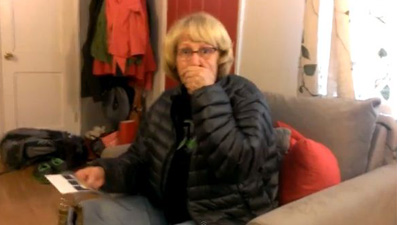 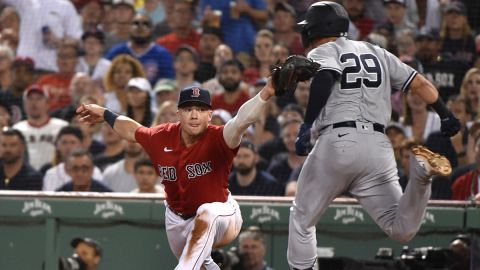