Johnny Manziel couldn’t wait to leave Texas A&M as of last summer, but now the 2012 Heisman Trophy winner isn’t so sure what his future holds.

Manziel, who just finished his sophomore season with the Aggies, said Monday that he is still undecided about the NFL draft and that he plans to meet with his family in the coming days to discuss his options.

“I want to make the right decision that’s best for me and my family,” Manziel said, per ESPN.

The 21-year-old is expected to be a high first-round pick if he does declare for the draft, which has been the overwhelming expectation for months. With such a quarterback-heavy draft class this year, though, Manziel might think he has a better chance of being drafted higher in 2015. Then again, maybe he just wants one more shot at a national title.

Manziel followed up his historic Heisman Trophy-winning freshman campaign with an almost more impressive season in 2013. The quarterback completed 69.9 percent of his passes (fourth in NCAA) and threw for 4,114 yards (eighth) and 46 total touchdowns (37 passing, nine rushing). He finished fifth in the Heisman voting this season. 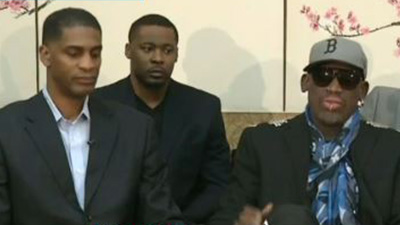