They say Mata’s transfer gives Chelsea an (unfair?) advantage in the second half of the season. Click here to read what else Pellegrini, Wenger, Moyes and Mourinho had to say about Mata’s transfer to United.

Rio Ferdinand and Robin van Persie used Twitter and Facebook to tell their millions of followers (and Mata himself) how happy they are to have the former Chelsea star as a teammate.

Click here to read more about the reactions of Ferdinand and van Persie.

Sunday 12 p.m.: Welcome back to the hottest transfer story of the year, so far.

Mata completed his move to Manchester United on Saturday. United bought him from Chelsea for a club-record £37 million ($61 million).

“I am thrilled to be joining United,” Mata said in a club release. “I have enjoyed some very happy years at Chelsea but the time has come for a new challenge. United is the perfect place for me and I am excited at the chance I have to be part of the next phase in the club?s history.”

Mata had more to say in his first interview as a United player.

Click here to read our story about Mata finalizing his record transfer to United, and come back to this space throughout the day, as we’ll have a round-up of the reaction and further insight into Mata’s Manchester move.

Thursday 5:30 p.m.: “What effect will Mata have on United?” seems to be the question of the day.

Both the Guardian and the Telegraph have compared Mata’s signing to that of Arsenal’s Mesut Ozil.

Like Mata, Ozil is a club-record signing, whose who arrived at a moment when gloom was reportedly a prevailing sentiment at his new club.

Ozil’s signing sparked midnight street parties in North London back in September, and Arsenal responded by channeling fans’ joy, assuming the league’s summit and holding onto that position for much of the season.

The parallells aren’t exact in Mata’s case but they are similar. Read both excellent columns for further insight, and let us know what you think.

Thursday 1:20 p.m.: The Mirror is reporting details of Mata’s four-and-a-half-year contract with United.

Mata is expected to travel from London to Manchester, where he will undergo a physical examination — often the last step before a transfer is completed —  on Thursday evening, but there could be a slight delay, according to the Telegraph’s Mark Ogden.

It’s still widely believed that Mata will be unveiled as a United player on Friday.

“The former Valencia midfielder is said to have told United goalkeeper — and fellow Spaniard — David de Gea that he is moving to Old Trafford because he is worried his lack of playing time at Chelsea will put a serious doubt over his chances of being selected for his country’s World Cup squad,” the report says.

Thursday 10:45 a.m.: Arsene Wenger is a longtime opponent of the transfer windows, as they currently exist.

The Arsenal manager thinks the summer transfer window should close before the start of the season and the soccer authorities should take a hard look at the dates of the January transfer window as well.

On Thursday, Wenger cited Mata’s United move as a transfer which creates an imbalance in the competition, according to the Guardian.

“I think if you want to respect the fairness for everybody exactly the same, that should not happen.”

But Wenger stopped short of accusing Mourinho of selling Mata in order to help United when it plays Chelsea’s rivals for the title — Arsenal, Manchester City and Liverpool.

“I wouldn’t go as far as that [accusing Mourinho],” Wenger said. “I just think you would want everybody on the same level. I can understand completely what Chelsea are doing. They do not make the rules, but maybe the rules should be a bit more adapted for more fairness.”

United and Arsenal will face off on Feb. 12 at the Emirates Stadium. Mata could be in full flow with United by then — much to Wenger’s chagrin and Mourinho’s delight.

Wednesday, 9:30 p.m.: The Mata news has died down until Thursday, but we have a few quick thoughts (which we’ll develop further) on the blockbuster transfer.

Where will Mata play in the United lineup. Here’s what we’re thinking at the outset.

Why would Mourinho sell very good player to rival?

What do you think of Mata’s sale price? Too high? Too low? About right? Let us know on Facebook (or Twitter).

Wednesday 7 p.m. ET: It looks like Juan Mata is on his way to Manchester United. Barring a last-minute change, United will sign Chelsea’s (two-time) reigning player of the year in the coming days.

On Wednesday, Chelsea accepted United’s transfer bid — believed to be worth £37 million ($60.8 million). United then offered Mata a four-and-a-half year contract, which the Spanish playmaker agreed to sign, according to the BBC.

Mata, 25, has reportedly bid his Chelsea teammates farewell. He’s expected to have a physical examination on Thursday and complete the move before the weekend. He could make his Manchester United debut on Jan. 28 against Cardiff City at Old Trafford.

Mata will swap Stamford Bridge for Old Trafford in an effort to revive his fading hopes of securing a spot on Spain’s squad for the 2014 FIFA World Cup. The Chelsea star-turned-outcast he has started just 14 games (in all competitions) this season and has been substituted in nine of his 13 Premier League appearances. Mata’s last action came on New Year’s day when he was substituted after 53 minutes. He was visibly upset, as he approached the sidelines where Chelsea manager Jose Mourinho stood stoically.

Mata will be the most expensive player United has purchased since its founding in 1878, surpassing the £30.7 million ($50.5 million) it spent on Dimitar Berbatov in 2008. Mata could also be the first of many high-profile players to join Manchester United before the transfer window closes on Jan. 31.

The transfer could be the most significant deal of the January 2014 transfer window — not only in monetary terms but also because of the stature Mata and both clubs hold in the soccer world. Since Mata’s Manchester move will reverberate across the globe, we’ll follow it as it happens.

To bring yourself up to speed, check out the three stories below.

From May 2013: How Mata became Chelsea’s chief attacking threat >>

Watch this space in the coming hours, days and weeks, as we’ll continue to update this story. Have questions about Mata’s move to United? See below and ask away. 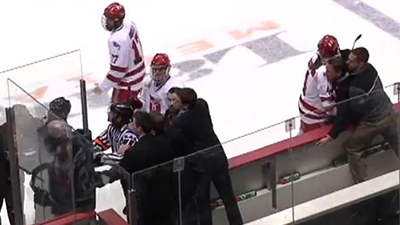 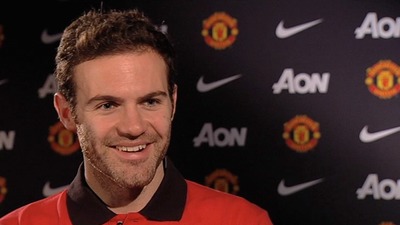