WALTHAM, Mass. — Kevin Garnett won’t be coming back to Boston on Sunday, as far as Brandon Bass is concerned. “Coming back” would require Garnett to have ever left, which he hasn’t, at least not in spirit.

“Kevin, he lives on, especially with the bigs,” Bass said. “We kind of developed our communication on defense from him. Even some of our slang in the locker room comes from him, so he lives on here.”

On the eve of Garnett’s return, along with longtime franchise mainstay Paul Pierce, as a member of the Brooklyn Nets, their former teammates still with the Boston Celtics tried to downplay the emotion of the moment at the team’s practice facility on Saturday. Jeff Green, Rajon Rondo and Bass insisted the return was a bigger deal to fans and media members than to the Celtics themselves, but occasionally each player let a sign slip out that this one might be special.

“They made the blueprint, really, of what a professional is,” Rondo said. “How to get it done, coming and getting their work done every day, leading by example. They were just great role models.”

Rondo had a little bit of fun with the melodramatic nature of some reporters’ questions by saying he wouldn’t “tear up” during planned video tributes to Pierce and Garnett during the game. A few minutes later, he declined to disclose the best memory he has of his two friends and former teammates, cracking: “I don’t want to share that. I might tear up.”

Still, if Rondo’s eyes do get a little moist, he won’t be the only one. Garnett gave an emotional press conference on Friday about his return to Boston, where he spent six seasons and won his only NBA championship.

“The winning stands out, but [so do] times where some guys were beat up and played through, small things, for me,” Garnett told reporters. “I can remember Paul playing through the flu in Cleveland, he was throwing up and everybody saw that he had to take like two, three IVs and he played.

“Times where Ray [Allen] had a messed up foot and played. Rondo gutting through his elbow. Big Baby [Glen Davis] damn near having a concussion and coming back. … Small things that I’ll take that I don’t really want to share with you guys, for obvious reasons. These are certain things that stand out to me that I’ll never forget.”

Although 2008 wasn’t that long ago, it can seem like decades ago. Only Rondo remains from that group, which means if he never leaves Boston in his career, this will be the last video tribute to mark the first homecoming for a member of that title-winning squad. Six years have passed in a flash.

But Garnett and Pierce’s influence on the Celtics organization will not end once the tape runs out Sunday. They will stay in Rondo’s approach to game preparation and in his competitive fire; in Jared Sullinger, who seemingly grew from a rookie to a grizzled veteran overnight in his one half-season with them; and in Bass, who morphed into a competent team defender and team leader under Garnett’s tutelage.

Depending on what they do beyond this season, Sunday could be one of the final times Pierce or Garnett run the parquet floor during a game. But it won’t be the end of their story in Boston. The uniforms they wear are different, but two of the greatest players in franchise history will always be with the Celtics, so long as there is a former teammate left to carry on their lessons. 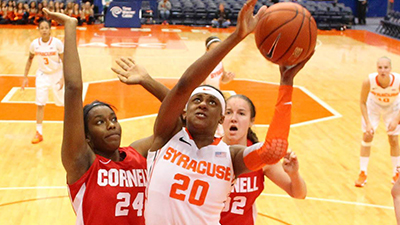 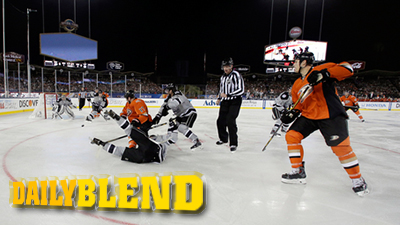