Kevin Garnett: Rajon Rondo 'Took Notes' On How To Be Leader For Celtics - NESN.com Skip to content BOSTON — With a late arrival into town on Saturday and another game upcoming on Monday, Paul Pierce and Kevin Garnett did not have much time to settle in during their first visit back here as members of the Brooklyn Nets.

The two Boston Celtics legends didn’t have a chance to run into anybody on the streets or to mingle with many old friends. The only person they caught up with before Sunday’s game was Rajon Rondo, who they have called their “little brother,” for dinner on Saturday.

Consistent with their roles in the trio’s complicated relationship, Pierce and Garnett made sure the meal was more than just a happy reunion. As they did throughout their years with Rondo in Boston, the two future Hall of Famers imparted some wisdom to the young guard, who is taking on some of the same leadership responsibilities they carried for their last six years in Boston.

“When we were here, I think he took notes,” Garnett said. “[Saturday] night, when we were talking to him, we stressed setting the tone, being the example, even when he doesn’t want to. I always talk to him about being a professional, and as a professional you don’t get to pick and choose when you want to do that.”

Garnett’s words contrasted with Rondo’s actual demeanor after the Nets handed the Celtics an 85-79 defeat at TD Garden. Whereas Garnett and Pierce framed the 27-year-old All-Star as ready to assume their old mantle as a spokesman for the team, Rondo offered bare-bones responses to reporters’ questions in brief postgame remarks.

Still, Rondo’s former teammates have not given up hope that he can be as positive an influence in the locker room as he is on the court, when he is setting up teammates and running the Celtics’ offense to peak efficiency. Rondo has been through a rebuild before, Pierce noted, so he knows what it takes to get back to the heady days of 2008 and 2010, when the Celtics reached the NBA Finals.

“I think he’s ready now,” Pierce said. “Rondo is mature. He understood what was coming and I think he’s ready. Before, he had me and Kevin to lean on. Now, he’s the guy. He’s the captain. He’s who everybody looks to for leadership. He’s grown. He’s matured. He’s seen the bottom, he’s seen the top and he’s got to understand this is his team to lead, through good and through bad. I think he understands that and he’s ready for that role. He’s ready to deal with it.”

Rondo is the Celtics’ last remaining link to the 2008 club. That’s probably more important from a sentimental standpoint than a basketball one. What Rondo does provide, if he chooses to wield it, is the knowledge and authority to let these Celtics players, or any that are yet to come, exactly what it takes to be more than just another decent ballclub. He knows how, because he learned it from two of the best.

“It’s the pedigree of a champion,” Garnett said. “You don’t let losing become something usual. You keep the mentality up. Some are not going to follow, but most will. And Rondo’s ready. He’s very comfortable in his role here. I think he understood the transition once it was happening and he’s the type of person that has the type of mentality, with the personality, to do just that. He’ll be all right.” 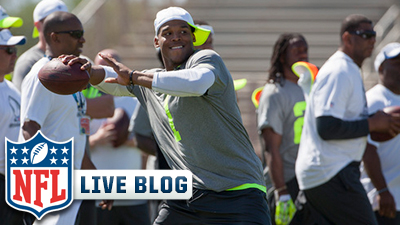