Before Michael Jordan became the greatest player in the NBA, he was just an 18-year-old kid taking Beginning Tennis and Elementary Portuguese in his freshman year at the University of North Carolina.

Jordan’s entire course load will likely be displayed on someone’s wall in the near future as that valuable piece of paper is now going up for auction, along with plenty of other M.J. documents from his time in college.

Jordan’s original transcript used to call his “23” restaurant in Chapel Hill home, but when the business closed in Nov. 2003, some of the items on display were put into storage. But when one storage bill wasn’t paid, the prized possessions became the property of one lucky man, and now, the contents have been purchased by New Jersey-based auction house Goldin Auctions.

In addition to Jordan’s transcript, two recruiting letters from 1980 are also for sale — one from UNC assistant Bill Guthridge, and another from Tar Heels coach Dean Smith.  An original copy of the diploma that Jordan received from UNC in 1986 while playing in the NBA is also being auctioned off.

The auction closes Feb. 7, and Jordan’s academic record that reveals he was a geography major, starts at $1,000.

Check out Jordan’s transcript below and click here to see all of the documents up for auction. We hope that whoever made London Fletcher‘s retirement cake never calls it quits.

A butterfly on his lower back might have been a better choice.

This 9-year-old is averaging 14.8 points and 7.5 assists a game in varsity high school games. Not a fourth grader you want to mess with. 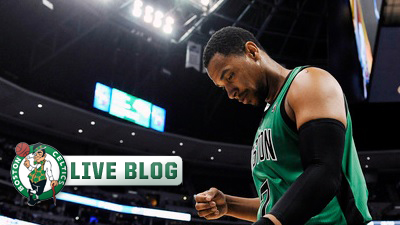