The 15th installment of the Brady-Manning rivalry will take place Sunday in Denver, with many fans anticipating this will decide the eternal “who is better” debate once and for all. But some NFL players and team personnel already have spoken on the issue.

As part of ESPN’s NFL Nation Confidential survey, more than 320 players  (more than 18 percent of active rosters) were polled on a variety of questions. Two questions drew particular interest, though, especially with Tom Brady and Peyton Manning set to square off in the AFC Championship Game this weekend.

The first question: “If you had to start a team with one player, whom would it be?”

The second: “Which player do you respect the most?”

As expected, the usual names appeared near the top of both lists, but Manning managed to outpace the rest of his fellow superstars, including Brady.

When it came to starting a franchise, Manning was the top choice of the 320-plus players with 62 votes (19.3 percent). Indianapolis Colts quarterback Andrew Luck came in at a close second with 56 votes (17.5 percent), while Brady came in third with 41 votes (12.8 percent).

As for the question of respect, Manning again was the top vote-getter, only this time he won by a much wider margin. The Broncos quarterback received votes from 86 players (26.8 percent), while Brady and Minnesota Vikings running back Adrian Peterson tied for second with 24 votes apiece (7.5 percent).

On the flipside of the debate, NFL front-office staff seem to prefer the exact opposite. Bleacher Report’s Mike Freeman conducted his own little poll of sorts, asking seven NFL scouts and one general manager for their preference in the great Brady-Manning debate. The answers came back almost unanimous, as seven of the eight personnel men chose Brady over his counterpart.

Freeman surmised the reasoning behind the overwhelming support of Brady in a pretty simple way: “While Manning is a more physically gifted thrower, Brady is the better overall quarterback because he has done more with less.” Essentially, that’s a nice way of saying Manning has more talent, but Brady has done more in his career.

The debate likely will never come to a firm conclusion, even considering Brady is 10-4 in head-to-head meetings with Manning. The facts remain: Brady has the edge in conference championship game appearances (eight) and Super Bowl rings (three), while Manning has the MVP awards (four, going on five), countless records and video-game numbers year in and year out.

A committee of their peers might prefer Manning, and the front-office guys might choose Brady, but the true battle between these two always will be decided on the field. Sunday’s game will add yet another chapter to the rivalry and likely further complicate an already-complex debate. 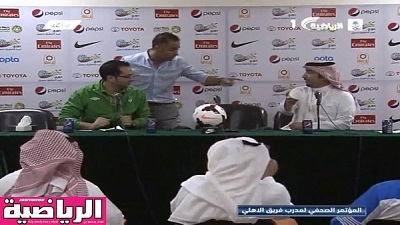 John Elway: ‘I Like Everything About Tom Brady’; Patriots QB ‘An Absolute Stud’