As soon as the Patriots walked out of Sports Authority Field at Mile High as AFC Championship Game losers, the busy offseason began. And with the offseason comes talk of draft, free agency and team needs.

It was a disappointing end of the season for the Patriots, but the team overachieved. That brings hope for the 2014 squad, but for that promise to be fulfilled, the Patriots will need to bring back as many players from the 2013 team as possible.

The key free agents are wide receiver Julian Edelman, cornerback Aqib Talib and running back LeGarrette Blount. With quarterback Tom Brady and coach Bill Belichick getting up there in age, time might be running out for the Patriots to win another Super Bowl. That means the Patriots must think about winning now and bringing back those valuable players.

Free agency, the draft, extra points and even pro wrestling are on the docket for this weeks’ mailbag. Check it out below.

Who’s the No. 1 free-agent pickup on the Patriots’ wish list?
–@JadaaaChris

He might not fit in with the Patriots personality-wise, but Seattle Seahawks defensive end Michael Bennett is a perfect fit for the defense. The Patriots need another high-quality defensive end who can rotate with starters Chandler Jones and Rob Ninkovich. Bennett also could slide over to defensive tackle on third down to get some extra pressure after the quarterback.

Players are encouraged to speak their minds in Seattle, however. And making the adjustment from speaking freely with the Seahawks to being buttoned up with the Patriots might be tough for Bennett.

Bennett is another former Greg Schiano Buccaneer. The Patriots had success with two of those guys in 2013 — running back LeGarrette Blount and cornerback Aqib Talib.

If coach Bill Belichick feels he can quiet Bennett, it could be the kind of pickup that makes the difference in 2014. Bennett signed a one-year, $4.8 million contract last offseason. He’s due for a bigger payday this time around.

Any chance of Emmanuel Sanders joining the Patriots this offseason? Even if Edelman reaches an agreement with the Pats?
–@erick_perdigao

I don’t think it would be worth signing Pittsburgh Steelers receiver Emmanuel Sanders and Patriots receiver Julian Edelman. Their skill sets are too similar, and the Patriots already will have Danny Amendola and Josh Boyce, who are also shorter slot/Z receivers.

Can you get into the stadium with your mailbag?
–@Luarismo

Only if it’s clear.

Who are your top three picks for the winner of the Royal Rumble?
–@WEEIWrestleCast

First off, I want to tell the WWE that I really appreciate that the Royal Rumble is the week between the conference championship and Super Bowl. That could not have been planned better.

I can’t really follow wrestling during football season, but my friends said Monday that Daniel Bryan, Roman Reigns and CM Punk could all win it. I’m cheering for Reigns — previously known as Joe Anoa’i — because he spent training camp in 2007 with the Minnesota Vikings and Jacksonville Jaguars. See, it all comes back to football.

I heard the Patriots are supposed to get Calvin Johnson from the Detroit Lions. Is this true?
–@EminemsRealMrs

What do you think about removing or adjusting the PAT and two-point conversions?
–@tpmaltbie

I’m totally OK with it. Commissioner Roger Goodell‘s idea of a touchdown counting for seven points, then giving a team the option of going for two to make it eight (and if they don’t convert, the touchdown goes back down to six points) is complicated, but it makes sense.

I also wouldn’t mind if they pushed the extra point back from the 2-yard line to the 20-yard line, making it a 37-yarder, which is much more difficult than a 19-yarder. The problem with that is it eliminates the fake PAT two-point conversion.

Extra points are boring and too predictable. If they were removed or made more difficult, it would make football more interesting, which is totally OK with me.

Did Kenbrell Thompkins’ talent level catch up with him, or was his hip injury worse than we realized?
–@DavidWhite36

I think there were aspects of Patriots receiver Kenbrell Thompkins‘ game that needed to be improved, and his hip injury got in the way of the progress he could have made throughout the season. The offseason is important for Thompkins. Players typically improve between their first and second years. Thompkins, Aaron Dobson and Boyce all need to improve next season for the Patriots’ offense to get to the next level.

In case they can’t sign both Julian Edelman and Aqib Talib, which draft prospects can be there at No. 29 to replace either?
–@Tav2real

If Edelman walks, I think the Patriots need to fill that void in free agency, not with another rookie. The Patriots need a sure thing for Brady to target. Dobson, Thompkins, Boyce and even guys like T.J. Moe and Mark Harrison, neither of whom played this season, have plenty of upside and fill the role a rookie receiver could bring.

If Talib walks, I expect the starting cornerbacks to be Logan Ryan, Alfonzo Dennard and Kyle Arrington. If the Patriots draft a cornerback, he would likely be a reserve behind those three players, and that pick likely wouldn’t come at No. 29 overall.

I expect the Patriots to take a tight end or defensive tackle at No. 29, though I’ve certainly been surprised before. 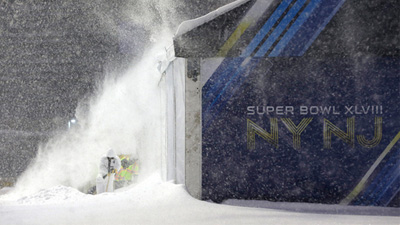