Peyton Manning's Tongue-In-Cheek Explanation Of 'Omaha' Clears Up Nothing - NESN.com Skip to content Peyton Manning‘s apparent obsession with the word “Omaha” quickly went viral this week as the nation tried to decipher the quarterback’s code.

But like the San Diego Chargers, who fell to Manning’s Denver Broncos on Sunday, no one knew what the quarterback meant as he yelled out “Omaha” a total of 44 times during the game. The mystery surrounding his pre-snap diction grew so great that Manning was forced to address the matter during a news conference Wednesday.

One reporter succumbed to his curiosity and asked Manning about the meaning of “Omaha.”

“Is that like a fan written-in question?,” Manning joked. “I’m not sure. I don’t know how to answer that.”

The signal-caller wasn’t going to leave everyone hanging, though — not yet, anyway. Manning expanded on his answer and provided zero clarity whatsoever as he kept football’s greatest secret safe.

“I know a lot of people ask what Omaha means,” Manning continued, “and it’s — Omaha is a run play, but it could be a pass play or a play-action pass depending on a couple things: when, which way we’re going, the quarter and the jerseys that we’re wearing. So it varies, really, play to play, so, that’s — there’s your answer to that one.”

There you have it, New England Patriots. 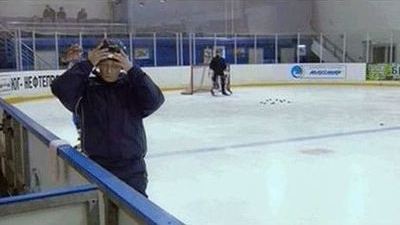