Seattle Seahawks running back Marshawn Lynch declined to talk to the media all season, and Tuesday’s circus — otherwise known as Super Bowl Media Day — was only a little different.

Lynch showed up to the required event and remained relatively mum, leaving his initial interview session after about six minutes, at which point he hid off to the side of the podium wearing a hood and dark sunglasses. Hall of Famer Deion Sanders was able to catch up with Lynch for a two-minute interview, during which Lynch let an expletive fly on live TV.

Though Lynch technically participated in the event, the Pro Football Writers of America expressed disappointment with his actions.

“The Pro Football Writers of America, the official voice of pro football writers fighting and promoting for access to NFL personnel to best serve the public, is extremely disappointed in the lack of meaningful access to Seattle running back Marshawn Lynch at the Super Bowl XLVIII media day on Tuesday,” the organization said in a statement. “Several of our long-standing and high-profile members were appalled by Mr. Lynch?s conduct and refusal to answer any questions.”

The NFL had no issue with the way Lynch acted at media day, and NFL spokesman Brian McCarthy told ProFootballTalk.com, “Players are required to participate, and [Lynch] participated.”

The league fined Lynch $50,000 this season for his repeated refusal to talk to the media after games. The fine has been suspended pending Lynch’s ongoing cooperation with the league’s media policies, but it will be reinstated if he fails to cooperate in the future. 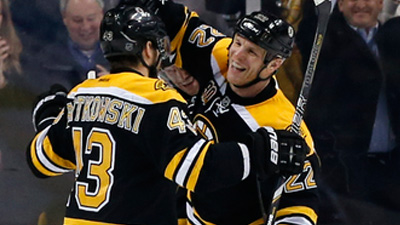