Bill O’Brien left Penn State a little more than a week ago, but the Nittany Lions have already tapped the next leader of their football program.

Penn State has hired James Franklin as its next head coach, according to CBS Sports’ Bruce Feldman. The hiring comes just days after Franklin interviewed at the school and before his scheduled interview with the Cleveland Browns.

Franklin, 41, spent three seasons as Vanderbilt’s head coach, going 24-15 overall and 11-13 in the SEC. Franklin helped turn around the program, which had won just 13 conference games in the 10 years before he was hired. He led the Commodores to three straight bowl games and won back-to-back bowl games (2012 and 2013) for the first time in school history.

Franklin became one of the nation’s hottest head coaching candidates this winter, popping up in conversations about USC, Texas and a number of NFL jobs. The Washington Redskins and Browns both reached out to set up interviews.

Before taking over at Vanderbilt, Franklin was the offensive coordinator at Maryland for three seasons (2008-2010) and was named the head coach in waiting behind then-head coach Ralph Friedgen. Franklin accepted the Vandy job just days before Friedgen was officially fired by Maryland.

Penn State is still under NCAA sanctions for another two seasons for its connection to the Jerry Sandusky scandal. It’s been banned from bowl participation and has limited scholarships through the 2015 season.

Franklin will face high expectations over the next few seasons. O’Brien went 15-9 during his two seasons in Happy Valley, including 10-6 in Big Ten play. He also landed some of the nation’s top recruits over the last few seasons, even bringing in the No. 1 ranked quarterback, Christian Hackensburg, in 2013. 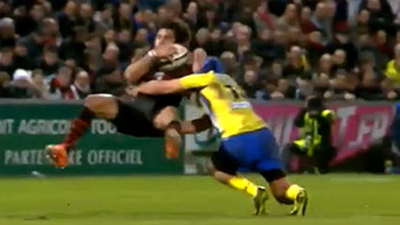