The Boston Red Sox accomplished the unexpected in 2013, and Dustin Pedroia is champing at the bit to replicate that success in 2014.

The Red Sox second baseman joined Dale Arnold on NESN’s Red Sox Now from his offseason home in Arizona to talk about his rehab, the depth of the organization, the New York Yankees’ offseason moves and his mindset heading into spring training last year.

After undergoing offseason thumb surgery, Pedroia said he took about a month off to let his “body heal from the pounding,” but he feels confident that’ll he be ready to go by Opening Day.

“[Recovery’s] going good. I had a pin in there for about four weeks, so I couldn’t do much, and then I got the pin out and started my rehab process,” Pedroia said. “So we’re moving right along. I started doing some dry swings this week, and I feel great, I feel ready, I’m excited. I know they’re trying to calm me down and back me off a little bit [on baseball activities], but when you feel ready and you want to get going, you might as well.”

Although the Red Sox seemed to surprise the baseball world last season with their immense success, Pedroia said even from spring training he knew this group had the keys to win.

Part of what made the special season was the young guys who continued to step up when called upon. Heading into 2014, Xander Bogaerts and Will Middlebrooks likely will make up the left side of the Red Sox’ infield, and Pedroia is excited to see those two reach their potential.

“The depth in our organization is great, and the depth is a huge part of our success. [Bogaerts and Middlebrooks] have the ability to work and to put in the time to try to get better even though they’re young guys,” Pedroia said. “… They want to max out their abilities and be the best players they can be. That’s ultimately going to help our team win games.”

The New York Yankees, meanwhile, have made all of the splashy moves this offseason in an effort to accomplish what the Red Sox were able to do in 2013, but Pedroia wasn’t about to admit his rivals are the ones to beat in the American League East.

“They’ve made some great moves, and that’s what fun about the offseason. But I don’t sit there and think who is the favorite or anything like that,” Pedroia said. “I can’t control the moves that other teams make. The only thing I can get ready for is trying to help the Red Sox, and that’s what all of my teammates are doing.

“We have to start forming that identity right away and playing the game the right way and continue to do and carry over what we did last year.” 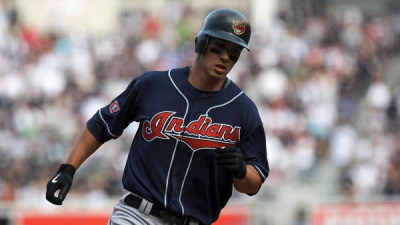