Everyone has seen Richard Sherman‘s legendary on-field interview with Erin Andrews after last Sunday’s NFC Championship Game. But you might be surprised to find out that Andrews wasn’t the first reporter the Seahawks cornerback talked to after helping send Seattle to the Super Bowl.

In the time between knocking the ball away from Michael Crabtree and eviscerating the San Francisco 49ers receiver by way of Andrews’ microphone, Sherman gave an interview to Troy Santiago of FOX Deportes. Their talk was brief, but it served as a preview for what was to come.

“You don’t try to mess with me in the clutch, especially with a mediocre receiver like Crabtree!” Sherman yelled. “[Crabtree’s] weak. I’m the best in the game at this right now!”

Check it out in the video below, with a hat tip to Deadspin. 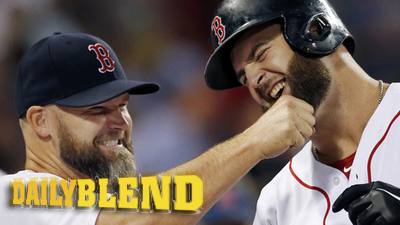 Red Sox Shaving Beards For 2014 Season, But More ‘Shenanigans’ Could Be In Order