Siliga initially signed with the San Francisco 49ers in 2011 as an undrafted free agent out of the University of Utah. He was cut out of training camp and signed with the Denver Broncos for two years before being traded to the Seattle Seahawks in training camp this season. Siliga latched on with the Patriots two weeks after the Seahawks cut him from their practice squad.

Siliga has been on four teams in his brief NFL career. All four are still alive in the playoffs.

“Every team’s helped me out,” Siliga said. “They help me out, especially with the way I play. Cause I’ve picked up a little something from every team I’ve played for. They’ve been a big help to me, as well. I’ve taken advantage of the veterans.”

It’s a bit of a surprise that Siliga has made such an impact with the Patriots. It’d be logical to think that if he had this type of talent, any of the 49ers, Broncos or Seahawks would have kept him. But sometimes players fall through the cracks, and the Patriots found a good one in Siliga.

“I say biggest is opportunity,” Siliga said about why he’s had success with the Patriots. “Everywhere else I’ve been, I haven’t really gotten the opportunity I’ve got now. And for [head coach Bill Belichick], Bill’s given me the opportunity I have now to do what I’m doing. I’m taking advantage of it. I really didn’t get that much opportunity when I was with those other teams.”

Siliga made an immediate impact in Week 13, and his strong play was rewarded with starting snaps for the rest of the season. Siliga had 23 tackles and three sacks for the Patriots in just five games, and the Patriots’ run defense immediately got better when the 325-pound nose tackle was inserted into the middle of the defense.

“It’s been an honor for them to put that much pressure on me,” Siliga said. “I’m willing to take advantage of all the opportunities I have and keep pressing forward and keep doing my job.”

Siliga has some quality veterans to help him with the Patriots. Defensive tackle Isaac Sopoaga has been a mentor for Siliga in the locker room, and All-Pro defensive tackle Vince Wilfork always has some sage advice for the third-year pro on the sideline during games.

“Vince helps me a lot,” Siliga said. “That’s been one of the biggest guys that’s really helped me on the field.”

Of course, being coached by Belichick will make any defender better. Belichick keeps it simple when he’s coaching up Siliga, though.

Siliga will be a key contributor Sunday when the Patriots take on his former team in the AFC Championship Game. To prevent the Broncos from running for more than 200 yards again, Siliga will have to clog his gaps, as he’s done the past six games. 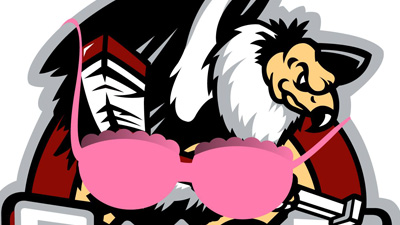