FOXBORO, Mass. — Tom Brady could do nothing nothing but smile when told he’s the least-liked quarterback in the NFL.

Public Policy Polling asked fans to name their least-liked quarterback and 18 percent responded with Brady. The New England Patriots quarterback had no answer for why he was the most-hated, but he seemed like he could understand the sentiment.

Check out Brady’s exchange with a reporter during his Thursday news conference:

Q: A polling agency did their annual NFL poll and found you to be the least-liked NFL quarterback? Why do you think you?re the least liked?

TB: There are probably a lot of reasons. I don?t know, that?s a great question.

Q: Some suggested jealously not only of football success but the kind of life you have off the field?

TB: What kind of life do I have off the field that everyone knows so ?

Q: You?re married to a supermodel.

Brady wondered later in the news conference if his receivers were polled. Brady said he rides his fellow players hard, and it’s not just on the practice field.

“I?ve been coached really hard over the years, and I try to convey a lot of those messages to the players as well,” Brady said. “We?re not necessarily in a meeting room — we?re in the locker room, we?re on the airplane or something like that. I?m constantly kind of a pain in their butt. Maybe they?re some of the guys you polled — some of my receivers that dislike me, I could definitely see that.”

John Elway: ‘I Like Everything About Tom Brady’; Patriots QB ‘An Absolute Stud’ 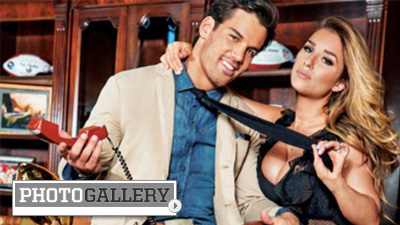