NHL players arrived in Sochi last night and took the ice for their first practices Monday afternoon before men’s hockey at the 2014 Winter Olympics begins Wednesday.

Luckily for the United States and Canada, they have an extra day to rest, practice and game plan for the preliminary round because their opening games are Thursday.

Monday’s skate was our first look at which lines and pairings might be used in Sochi. Let’s recap who played together and analyze the decisions made by the coaching staffs of both teams.

The most interesting development was Carter at right wing on Crosby’s line. It’s not easy playing with Crosby because of the speed he plays the game at both physically and mentally. Finding the right player to put on his wing was a huge problem for head coach Mike Babcock four years ago in Vancouver, and he never figured it out as Crosby struggled in the playoff round. Carter doesn’t have elite speed, but his power-forward style of play, goal-scoring ability and willingness to drive hard to the net should open up some room for Crosby to use his playmaking skills to create scoring chances. With that said, don’t be surprised if St. Louis or Duchene play alongside Crosby at some point.

The best line of the tournament may turn out to be the Tavares-Getzlaf-Perry trio, one that has Olympic experience, great skill, toughness and size. The Anaheim duo has combined for 127 points this season and the addition of a top-five center in Tavares (left-handed shot) will be incredibly difficult for opposing teams to defend. Tavares should make an easy transition from the middle to the wing because he played on the left side for much of the lockout last year in Switzerland.

As for the rest of the group, you know a team is loaded with talent when Toews and Bergeron — the two best defensive centers in the NHL — are on the third and four lines, respectively.

There weren’t any major surprises when Team Canada’s pairings were shown. Keith and Weber is the shut-down combo that will log major minutes against the opponent’s top forwards, and likely play on the first penalty-kill unit. Blues teammates Pietrangelo and Bouwmeester give Babcock size, puck-moving ability and great skating. Both of them have powerful shots from the point and could make up the top power-play pairing.

The third pairing features the underrated Vlasic with Canada’s best defenseman of the 2010 Olympics in Doughty. These veterans play physical, move the puck quickly and skate as well as anyone in the world. Doughty likely will see lots of power-play time.

Don’t expect Subban to spend too much time as an extra D-man. His skating, speed, offensive skill and ability to dominate on the power play makes him the perfect defenseman for the larger Olympic ice. Subban takes risks defensively and sometimes gets caught out of position, but he’s too talented to leave on the bench if someone struggles.

The decision to put Kane, a highly skilled goal scorer, with two power forwards in Brown and Kesler doesn’t make much sense. For the Blackhawks winger to maximize his talent, he should be with two playmakers. The best decision would be to switch Kane and Van Riemsdyk.

The second line features two players who were paired together in Vancouver, Pavelski and Kessel. The Leafs winger is a legitimate Hart Trophy candidate this season (31 goals, 34 assists in 60 games) and enters the Olympics playing some of the best hockey of his career.

The third line will be an important one. Backes, Oshie and Parise are strong two-way players and could start a lot of their shifts in the defensive zone. Backes and Parise were exceptional in Vancouver and are two of the team’s best leaders. This is the most reliable trio for head coach Dan Bylsma because of these players’ ability to excel in all three zones.

The biggest surprise on the blue line is that Suter and McDonagh — two of the best shut-down D-men in the NHL — aren’t together. Bylsma has decided to go with the offensive/defensive approach when crafting these duos. Each pairing has an offensive-minded player paired with someone who excels defensively. It’s not a bad strategy, especially on the Olympic-sized ice. Orpik could play an important role in the playoff round based on his previous Olympic experience.

Adam Silver: Jason Collins Unsigned Because Of His Age, Not Homosexuality 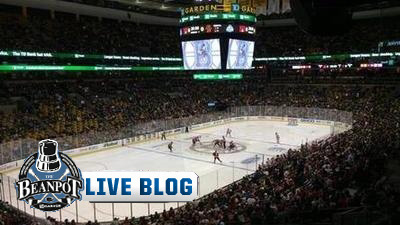