The Boston Bruins are ready to begin their stretch run, but they’ll do so with at least a couple of players that are probably a little tired as the season’s final leg gets set to begin.

The B’s will take on the Buffalo Sabres on Wednesday night in Buffalo, and Boston will have forwards Patrice Bergeron and Loui Eriksson back in the lineup. That’s just a few days after the two battled for the gold medal halfway across the world at the 2014 Winter Olympics in Sochi.

Bergeron’s Team Canada was able to take down Eriksson’s Team Sweden in that gold medal game, but they’ll be back to being teammates against the lowly Sabres. They’ll join up with fellow Olympians Zdeno Chara and David Krejci who are both ready to go after early exits from the tournament.

The Bruins will not have Tuukka Rask, though. The Finnish goaltender helped lead Finland to the bronze medal, and he didn’t make the trip to Buffalo. That means Chad Johnson will get the start against the Sabres. He’ll be backed up by Niklas Svedberg who is up temporarily after being recalled during the Olympic break.

Here are the projected lines and defensive pairs for the Bruins-Sabres matchup on Wednesday in Buffalo. 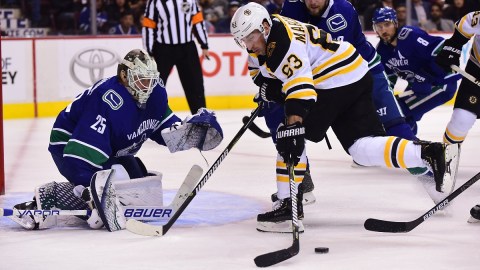 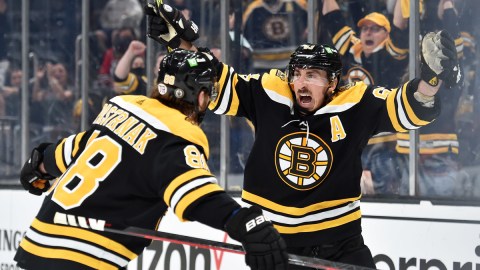 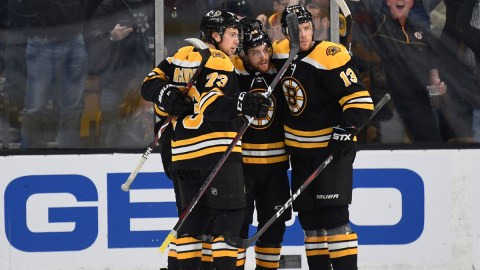