BOSTON — Rajon Rondo was in the building for the Boston Celtics on Wednesday night, which is more than he could say Saturday.

Coach Brad Stevens did not express disgust with his point guard, who chose not to travel with the team to last weekend’s game against the Sacramento Kings. But Stevens did completely shrug off Rondo’s absence, either, stressing solely that the team was focused on “moving forward” from the incident.

“All that, we’re handling internally,” Stevens said prior to Wednesday’s game against the Atlanta Hawks. “We’ve sat down and talked. We did that Monday. In my mind, I’m moving forward, and then when Danny (Ainge) gets back in town, they can meet and go from there.”

Stevens admitted he had “spent a lot of time thinking” about Rondo’s choice to stay in Los Angeles to celebrate his birthday while his team traveled north. Rondo has been a constant presence around the team all season, even before he returned from a torn ACL, and the Celtics have been liberal in allowing injured or resting players not to travel at times.

Rondo was not expected to play Saturday in Sacramento, either, as the team has been resting him in the second ends of back-to-back sets. The rub in Rondo’s case was that he did not ask permission first.

Rondo did not speak with reporters before the game, though that is not unusual; he typically only holds interviews well after games have finished. His teammates did not sound disappointed in his decision, at least not publicly. Gerald Wallace and Jeff Green, when asked on Wednesday, were among those who shrugged off Rondo’s absence in Sacramento.

“It wasn’t a problem to me,” Wallace said. “He doesn’t play back-to-backs anyway.” 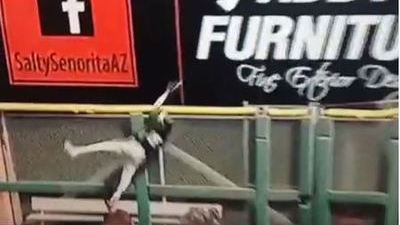